An Unusual Number of Complaints Against the Coeymans Police Department Have Surfaced that Raise Serious Questions About the Legitimacy of the Department, Its Personnel, and Its Management. 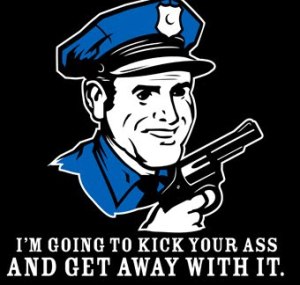 “We invest the police with certain powers so that they may protect us.
But when they abuse those powers, when they use them against us,
they betray that trust.”
— Walker R. Lawrence

The Fourth Amendment to the United States Constitution states “No person shall be deprived of life, liberty, or property without due process of law.” This is your constitutional right. 42 U.S.C. § 1983, more commonly known as simply § 1983 provides that if a person acting under color of state law, such as a police officer, violates your Civil Rights as guaranteed by the Constitution or Laws of the United States, he may be liable and required to pay you damages.

This blog has already reported on the claims, associations, and conduct of Coeymans Police Department “police investigator” Gerald “Jerry” Deluca, and we have called for investigations of his activities and conspicuous conflicts of interest.

This blog has also commented on the Coeymans Police Department as being “compromised and tainted” by its various inappropriate “ins” with Albany County departments such as the Sheriff’s Department and the District Attorney’s office. This blog has published an “Open Letter” to the County aministration calling for investigations.

We have also published our protests against the Coeymans Police Department’s hiring of individuals who were “undesirables” at other deparments (Officer Ryan Johnson, for example) or even found guilty of multiple counts of misconduct and actually fired from the Albany Police Department (officer Peter J. McKenna)  and hired by Gregory Darlington, manager of the Coeymans Police Department  (he had to take the police chief examination three times before he managed to pass it!). So Coeymans has everything from rejects to criminals on its police force. Thank you! Chief Darlington, Supervisor Flach!

And you wonder why there are so many lawsuits and complaints against the Town of Coeymans and the Coeymans Police Department? But you say you didn’t know about them? Sorry! We thought you did! Well, here’s some of the stuff that’s going on and what your fellow residents are going through and you’re paying for it. You’re actually paying for rejects to harass, intimidate, coerce, and unlawfully arrest your neighbor!

We have received two recent depositions by two residents, one of whom is pretty well known in the RCS community. Both depositions are made against Coeymans Police Officer Ryan Johnson for harassment, retaliation, and intimidation.

The depositions are sworn answers to questions and taken by an attorney working for the Coeymans Police Department, defending it, and they make some pretty scary claims againts Ryan Johnson and the department overall. For example, the depositions claim that Johnson has frequently simply stopped and ticketed, in some instances, abused residents on trumped up reasons for stopping them.

One complaint is from a person who drove commercial tractor trailes for 30 years but Johnson has stopped him multiple times for “failure to signal” or a “burnt-out license plate light.” Another complaint cites Johnson for stopping a resident’s car–the resident had made complaints against Johnson–only to find that someone else was driving the car, transporting the owner, and seeing the owner, Johnson commenced to making derrogatory remarks to the owner-passenger, orders the occupants out, tears the car apart in an unlawful search for which he had not permission to conduct. He actually identifies the occupants of the car to other officers as “the ones who complained about the department.”

We have several Notices of Complaint against the Town of Coeymans and the Coeymans Police Department that claim harassment, intimidation, retaliation, denial of due process, unlawful search, false arrest, violations of the Americans with Disabilities Act, all of which violate federal law, civil rights law, and state laws.

One deposition alleges that the Town of Athens couldn’t get rid of Coeymans cop Ryan Johnson and so Darlington added him to his gang of thugs. That deposition also notes that the resident was so harassed by Johnson and the Coeymans police that he was having problems sleeping, was restless, and friends were avoiding associating with or visiting the resident,  allegedly because they didn’t want to risk retaliation by the Coeymans police.

Another deposition alleges that in one stop made by Johnson he was not told why he was stopped nor was he charged but he was cuffed by Johnson for Johnson’s protection and then physically abused by Sheriff’s department officers, who mysteriously appeared on the scene; the innocent resident was so physically abused  that he lost use of his shoulder for weeks and had to seek medical treatment. (Editor”s Note: Elsewhere it is stated that the Sheriff or State Troopers have to be around to check on the Coeymans police when them make a stop. That’s a comforting thought, isn’t it?)

One deposition states that the situation in Coeymans was/is so bad that residents were requesting assistance from the FBI, and the FBI was receiving so many calls for assistance and relief from the Coeymanazis that they, the FBI,  had to stop taking the calls!

There’s a very bad situation in Coeymans, especially in the Coeymans Police Department, a department that consumes by far the major part of the Town budget! You are paying for all of this abuse!

Why not just burn the Constitution?

We have already recommended that residents avoid calling the Coeymans Police and instead call the Albany County Sheriff or the New York State Police; in some cases even to get the FBI involved when it’s a question of abuse of civil rights, denial of due process, false arrest, malicious prosecution, etc. because all of these are not only in violation of state laws but are in violation of federal laws, too! If the Sheriff’s department or the State Police ask why you don’t call the locals, just tell the truth: You don’t trust them!

Even the Albany County Sheriff’s office is compromised and tainted by the presence of Darlington’s brother-in-law, Kerry Thompson, who also works on the Coeymans Police gang. Another Sheriff department deputy also works on the Coeymans gang…so you might want to give a second thought to the Sheriff’s department, too, although if you go high enough you’ll get good results, we hear. (A local business was experiencing multiple crimes including thefts and vandalism; the Coeymans Police Department had the case (Guess who was assigned to it! Gerald Deluca!)  for almost six months but made no arrest despite knowing who the criminal was. The business owner had to take it to the Albany County Sheriff’s Department who in a matter of days cleaned up the investigation and the culprit was arrested. This delaying tactic practiced by the Coeymans P.D. is a form of retaliation (See our article on retaliation on this blog.))

The Office of the Albany County District Attorney, the county’s head law enforcement person, has its share of infiltration: Darlingtons wife is the DA’s secretary and another close relative of village justice Harold Warner (the ex-cop)  is a prosecutor there. Now do you wonder why your complaints aren’t getting any attention and the criminals are not being prosecuted? 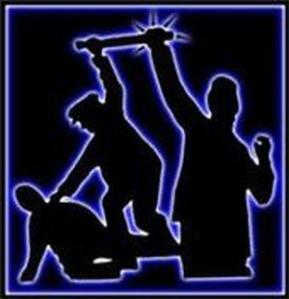 But when it comes to harassment and intimidation, recent police activity has shown that if someone wants something done there’s always someone to perjure himself or herself (See our article on Josephine O’Connor and her father, Joe Tracey), and the Coeymans Police Department is there to commit any crimes necessary to harass, intimidate, and to coerce. And don’t rely on your rights…the Coeymans Police and the Coeymanazis will decide whether you have any. Consider, if you will, the recent arrest of a prominent resident on a trumpted up charge made by someone against whom he had an order of protection. The Coeymans Police officers Kerry Thompson and Danielle Crosier (joined the gang in 2012) violated the order of protection (without even informing the judge who issued it), falsely arrested the resident, refused to read him his rights, failed to have him arraigned on any charge, refused to provide him with the details of the charges against him (he still does not have those details), practically have ruined his reputation, and are now causing him to appear in court and to shoulder the expense of an attorney! Coeymans justice at its best!

On information and belief that prominent resident intends to file federal  § 1983 lawsuit for  civil rights violations and other claims against the Town of Coeymans and the Coeymans Police Department as well as against certain individuals employed by the Coeymans Police Department and who had a hand in the civil rights violations. “We were just following orders!” didn’t work for the Nazis at Nüremberg and it won’t work for the Coeymanazis in federal court! 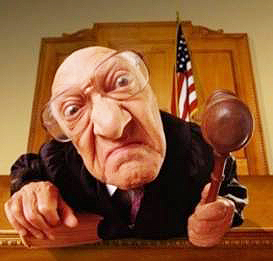 Justice? You want What?!?

It will be interesting to see if Coeymans town justice George Dardiani, the tool of the town, with his ignorance of judicial ethics, or the ex-cop Harold Warner will have the good sense to recuse themselves–or will they make royal asses of themselves and open themselves up to discipline before the Commisison on Judicial Conduct (Dardiani already has a pending complaint to face on ethics violations and Warner, we hear, has at least four (4) civil rights violations to his credit). The only face of ethics and decency in Coeymans seems to be town/village justice  Philip Crandall!

And what about Gerald “Jerry” Deluca’s so-called “connections” with the DEC and other agencies, state and private, that have been causing residents grief over recent years? Do you think that all of that is squeaky clean? If you do I’ve got a bridge to sell you!

Can you find the rotten one?

No barrel of apples can stay clean with so many rotten apples in it; the rotten apples have to go! You’re paying for the retaliation, the intimidation, the harassment, and the violation of civil rights. Are YOU next on the list? 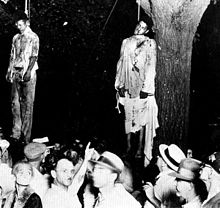 Who They Gonna Lynch Next?