Three Articles on New Baltimore Scandals: Pick One or Read All.

First of all: Were you aware of these little tidbits?

At the January 1, 2018, Organizational Town Board Meeting:

Mr. Jeff Ruso appointed former New BaltimoreTown Supervisor, Nick Dellisanti, to be his deputy supervisor. Dellisanti showed his true colors when he refused to appoint non-party campaign workers to key town positions when he took office; his damning response was, “Republicans appoint Republicans.” Seems that New Baltimore Town Supervisor Jeff Ruso takes it a step further, since Ruso was Dellisanti’s deputy supervisor, “Cronies appoint cronies.” The net effect is that Dellisanti, although he had all sorts of excuses why he didn’t want to run again in 2017, got himself appointed to act as supervisor.  Ruso runs unopposed in New Baltimore and gets “elected” to be Town Supervisor and then he selects Dellisanti to be his deputy. Clever little trick, doncha think? Don’t they call that a dictatorship elsewhere? Single party system, unopposed (s)elections. Padding the panel. 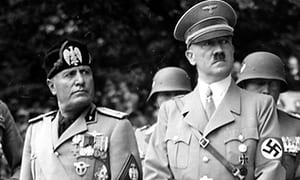 But what really reveals Ruso’s attitude towards his unopposed election to be supervisor are his own words on appointing Dellisanti: “Now the appointment is mine entirely as Town Supervisor,” but Ruso did have the decency to ask the Town Board to ratify his appointment by Resolution. His motion was seconded by his constant sidekick Shelly vanEtten, whose husband also serves on the Planning Board as chairman, and somehow got on the Town Agriculture Committee, indirectly pulls strings on Town committees through his wife, Shelly van Etten, a sitting Town Board Member.

The shyster factor was also confirmed with the re-appointment of Tal Rappelea to be Town Attorney. Rappelea will receive more than $800/month as Town Attorney, generally sitting for about an half-hour next to Ruso or Dellisanti once a month at the regular Town Board meeting, if he even shows up.

There’s much more that our readers should be aware of and can be found in the minutes of that meeting at Organizational Meeting 2018 of January 1, 2018 .

This article is actually three component articles. Click on the links below to read the different sections. You won’t regret it.

Editor’s Sidebar: Town of Coeymans. We’ve received reports of a fatal pick-up truck — motorcycle accident that occurred during the evening hours of Saturday, July 28, 2018, on Route 143 in the Town of Coeymans. The operator of the motorcycle, a 20-year old man was killed; the operator of the pick-up truck was allegedly Ravena resident Travis Hagen. Strangely nothing has appeared in the local media about the accident. We have contacted the Coeymans Police for confirmation facts but have not received a response. A reader has informed us that he, too contacted the Coeymans Police acting chief, Daniel Contento, and was told only that there was an accident and the police investigated and reported it to the DMV. Is this a cover up to protect a prominent Ravena family? Doesn’t the young man’s life mean anything or do we just sweep the whole thing under the carpet? We need to start asking questions. The 20-year old man is not just another raccoon, Mr Contento!

New Baltimore Town Supervisor Jeff Ruso and his Board: Hide and Deny

Jeff Ruso and his Board: Hide and Deny

First of all, the Town of New Baltimore, Supervisor Jeff Ruso’s and the Town Board’s response to the Open Letter we published which lambasted Ruso and the Town Board about Columbia Greene Media’s report on the so-called “retirement” of controversial Highway Superintendent Denis Jordan. The response, if it can be called a response in any sense of the word, is taken directly from the July 9, 2018, minutes of the regular meeting of the New Baltimore Town Board.

If you happen to have missed our article, “Open Letter Blasts New Baltimore Supervisor, Town Board over Jordan Affair,” you can read it here. 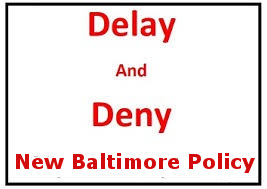 After adjourning to go into executive session on the motion made by Supervisor Ruso and seconded by Councilwoman vanEtten, the Board returned to public session with the following statement:

Supervisor Ruso: We discussed a couple matters that were about employees and we did not come to a resolution so there is no factual data to present or take Minutes of. The last thing I want to do is I really want to make mention of one item. I received correspondence on Saturday from one of our Town residents outlining a lot of issues that the person has with the Highway Superintendent or the former Highway Superintendent. I’m just going to reference it here; I’m certainly not going to read it, but I wanted to acknowledge it’s receipt and that’s all I think we should do at this particular moment. Do you agree with that?

Tal Rappleyea, Esq.: You received correspondence and you announced it. [Editor’s Note: In other words, “Screw the residents.” And for that statement Ruso and the Town Board pay him $800.00?!?]

Supervisor Ruso: That’s all we have for tonight. (Editor’s Note: Translation: “Thank you, Tal, dear, for covering my ass on this one. I can safely hide and deny now.”)

And so, that was the New Baltimore Town Board’s response to the scathing letter addressing not only former Town Supervisor Nick Dellisanti’s and current Town Supervisor Jeff Ruso’s  and the New Baltimore Town Board’s cowardice and lack of integrity in the matter of the Denis Jordan resignation and investigations in process, but also other matters concerning other departments in the Town’s administration. (See our companion articles in this mini-series. Use the links below.)

What we’d like to call our readers’ attention to is the short shrift Mr. Ruso gives to a very disturbing state of affairs in the Town’s administration and to the now very public controversys surrounding the former Dellisanti board and the current Ruso board. Nothing was said to defend himself or the New Baltimore Town Board. Nothing was said to put the public’s mind at ease about what’s going on in the Town of New Baltimore. Ruso’s remarks and his lacky’s, town attorney Tal Rappelea’s response says it all:

“I’ve received correspondence…from one of our Town residents outlining a lot of issues … I’m just going to reference it here; I’m certainly not going to read it, but I wanted to acknowledge it’s [sic] receipt and that’s all.”

Thank you Mr. Ruso for letting Town residents and the general public know what’s happening on your watch. Apparently, you don’t give a damn about keeping the residents and taxpayers of New Baltimore on the up-and-up on the top-secret scandals in the Town.

We understand that you may not want to read the letter, Mr. Ruso. That would violate your current policies of Hide and Deny. And we certainly didn’t think you’d have the gonads to do anything about it now or at any time. You’ll just follow your town shyster’s advice and mention you received a letter, “you received correspondence and you announced it,” that’s all. We pay town attorney Tal Rappelea over $800 a month to provide that kind of anti-resident advice.

But we published it in its entirety as well as excerpts in our article, which we hope everyone will read and take the time to appreciate your public remarks for what they are. Continuing cowardice! (Click here to read the article.)

Read the other installment to this mini-series of articles on New Baltimore’s hidden scandals.

Anyone with any sense for history will remember the Nazi’s famous phrase: “We were only following orders.” Well, that little pea-brain excuse didn’t save them from the hangman’s noose. We shouldn’t let it work for the Highway Department employees like Jordan’s Deputy Superintendent of Highways (now acting Superintendent) Scott van Wormer and Scott van Wormer’s brother, now running again for the elected office of Highway Super,  Alan van Wormer, now Jeff Ruso’s little pets, nor for the members of the Town Board, especially Shelly van Etten, who was and continues to be on the New Baltimore Highways Committee, or past supervisors like David Louis (Dem), Susan O’Rorke (Dem), Nick Dellisanti (Rep), or Jeff Ruso (Rep), nor for County Legislator Patrick “Pat” Linger, who seems to be spending more time doing espionage on the Dem’s candidates for this November’s  elections than legislation or keeping tabs on New Baltimore, the Town and residents he’s supposed to be representing. Same goes for George Amedore, New Baltimore’s state senator, who kept feeding Jordan big bucks for “highway improvements,” which were scandalously wasted right under Amedore’s snotty nose and the noses of New Baltimore Town Board, Greene County District Attorney Joseph Stanzione, and others who should have been protecting the citizens and taxpayers of New Baltimore, but didn’t.

We say bring the standards of the Nuremburg Trials to New Baltimore and Greene County and hang those who think that the current policies of Hide and Deny and the pitiful excuse, “We were only doing our jobs, following orders,” just won’t work.

Go to another article in this mini-series:
Return to Main Page

There’s a Bully in the National Historic District

We’ve asked this question time and again: What exactly are they doing in New Baltimore town hall, anyway? They seem to have their own agendas because they’re certainly not doing residents any big favors! They don’t even communicate among themselves and are totally oblivious to the welfare of the community they’re supposed to have been elected or hired to serve.

You see, not only did property tax bills go out on about December 28, 2017, demanding, rather extorting money from property owners to pay for local and county government and our ineffectual school  — the RCS Central School District whose Board of Education can find almost a million dollars to redo the athletic field with dangerous astroturf but teachers complain there’s no money for books! So we now get a bill for property and school taxes, and you have to really wonder what your dollars are paying for. Here’s the answer: INCOMPETENCE!

Now, in the National Historic District, residents are exposed day-in-day-out to a local resident’s barking dog. Robert and Bonnie Krug of bank robber fame, keep a dog that they use to bully the neighborhood with its constant barking from morning to evening, Monday through Friday, with special performances on Saturday and Sunday.

Residents have attempted to approach the Krugs but Mr Krug responds only with threats. Maybe that’s why the Town officers don’t seem to be able to stop the nuissance; they’re afraid of Krug! Has he handed them one of his famous notes, too?

Flyers are now circulating in the Hamlet of New Baltimore asking residents to join together to neutralize the nuissance and to force the Town of New Baltimore to enforce its laws, and to restore peace to the National Historic District, and compel the irresponsible, inconsiderate owners of the animal to control their animal.

A resident has already sent a copy of another flyer directly to the New Baltimore Town Board through Nick Dellisanti, Supervisor, Jeff Ruso, Deputy Supervisor and Joe Tanner, Animal Control Officer. You can read that letter by clicking this link barking-dog-letter.

Like a school bully, one person can’t really fix the problem. It takes group action. People simply have to get involved. Like a school bully, if the people with authority, the teachers and supervisors, don’t take action, someone else has to step in. We urge New Baltimore residents in the National Historic District to take action both to send a message to the New Baltimore Town Board and to the Krugs that residents deserve a quality of life and the services from elected officials and town employees for which they are paying. It’s particularly important now that the Town is sending out their demands that property owners pay taxes.

We have to ask, For what?

It’s not much to ask for, is it? Then why can’t the New Baltimore Town Board provide it?
The Editor