The Community Opportunity for Dialogue 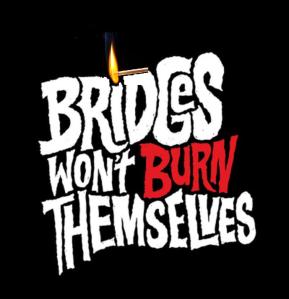 It Usually Takes Someone To Set the Fire

Another note that was struck was that the board of education has an important role to play as a committee of role models, and so its members each have the role as educators. This is a very important point to bear in mind and one that, if each of the board members keeps that educator role in focus and is guided by it, may generate some very promising results. You can actually set the example of a model community, of exemplary coöperation, of dialogue, even of productivity. Try it!

A word to the RCS community, too: Stop the bitching and whining! Perhaps once, just once some of you could approach the commentors’ podium and present an olive branch instead of a battle-axe! Perhaps instead of a steady stream of “I’m disappointed” or “You board members…” or any of the other now clichéed and ungrateful–Yes! ungrateful –and childish whining that has characterized the public comment segments, you could just get up and say “Thank you! You’re doing your best and we appreciate the time and effort you are putting into your mandates!”  Instead, most of you have simply been casting gasoline on a brush fire and then complain that all you’re getting is smoke. First of all you elected the board members to represent you and they are trying to do so. Second, they are doing it pro bono, for no pay, because they have a sincere interest in the community. Most of them can never hope to derive any benefit whatsoever from the time and work they put in. (As most readers will know, I hold a very different opinion of the motivations of the teachers and teachers’ spouses on the board.) And then they have to take your crap besides. Stop it! And try being grateful! 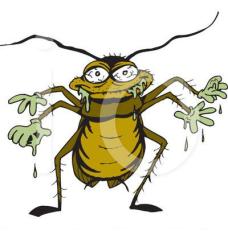 For once in a very great while, the nay-sayers and ne’re-do-gooders were not present at the meeting in their force. It was a peaceful meeting without the Coeymanazis (though I would not deny even the Coeymanazis the privilege of attending, on condition they can manage to act like civilized adults instead of syphilized cockroaches), and in most respects it proceeded fairly orderly. There were the few exceptions but they’re in the minority now.

The citizen/resident side of the aisle, if you’ll allow me to differentiate the sides in that way, continues to be sincere, respectful, and courteous. Wouldn’t it be great if the sneering contrary teachers clique would do the same? Their performance complete with the usual downtalk, accusations, insults and arrogance is or should be a thing of the past. It’s time now Mr Engel, Mr Latter, Mr Reville, Ms Whalen to stop the lockstepping, to stop the arrogant know-it-all downtalking, to put aside the accusations, and start collaborating, cooperating and consensus building. (Also, if you think someone should resign, do it yourself!)  You don’t have a majority anymore and it’s unlikely, given the people you’ve been hanging out with and with whom you’ve formed your failing alliances, that you ever will again have the upper hand. So, little darlings, little pets, start being nicer if you expect to get anything done.

All eyes, especially ours, are watching very closely and we don’t miss much. Make nice and do good for your own goods and for the good of the community. (And put away the matches, please!)

Acknowledgement: The cockroach clipart design is copyrighted by Dennis Holmes Designs and can be found with other similar clipart at Clipart Illustrations of Cockroaches.

Know What It Feels Like to Be BLED to DEATH?

Warning: If you are a student or a minor, please leave this blog now.

We have just acquired a copy of the so-called Supplemental Memorandum of Agreement between the Teachers Union a.k.a. the RCS Teachers Association and the RCS CSD and what we see in that document, submitted by the teachers union, is absolutely SCANDALOUS! 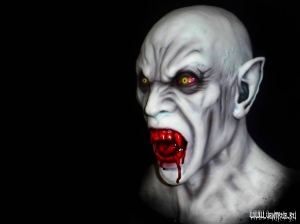 The Teachers Will Suck You Dry

If you vote YES! on the 2012-13 School Budget You’ll Know What it Feels Like to Be BLED TO DEATH!

You’ll Know Why When You Read This!

It’s all in the Supplemental Memorandum of Agreement offered by the teachers union and Matt Miller (remember him? the atheist teacher, also president of the RCS teachers union) and friends on April 17th, 2012. Before you misunderstand the document, it is a Memorandum of Agreement (MOA) NOT a “contract,” and the terms of the agreement go into effect ONLY if the 2012-13 RCS School Budget is passed. So you must vote NO! to avoid being bled to death.

The teachers offer “a partial” = temporary “wage freeze” but subject to some pretty one-sided conditions (of course, the actual conditions were never made public for you to know!):

But the Teacher is Your Friend!

The key to stopping this ridiculous arrangement is to vote NO! on May 15th. If the budget is defeated these self-serving, shameless teachers’ demands will NOT go into effect! There is NO sacrifice of any kind in this Agreement, it’s a LOAN agreement and you, the voters, will have to pay for it plus interest!

That’s the TRUTH behind your wonderful teachers! They are out for themselves and this proves it and you have to thank Matt Miller, David Dykeman, and Bridget Engelhardt of the RCS teachers association for cutting your throats, and the traitor teachers, teachers’ spouses and retired teachers (Engel, Whalen, O’Connor, Traver) on the Board of Education for pushing this monstrous deal through.

If you vote NO! the teachers lose nothing and will continue according to the negotiated contract for 2010-2013.

By the way, did you know that Howard ENGEL, a candidate for re-election to the RCS CSD Board of Education is a teacher married to a teacher, and is head of the teachers union at Averill Park? Did you know that candidate for election to the RCS CSD Board of Education Edward “Teddy” Reville is married to Engel’s sister? Sunilda Swan is also a former teacher. A. Whalen is a retired Teacher. Sitting board member James Latter’s wife is a math teacher at the RCS middle school. Particularly disturbing is the Board of Education meeting of November 1 at which residents call for the immediate resignation of sitting Board member Latter for breach of confidentiality and endangerment of a student, RCS Sports Association misuse of funds, questions regarding the RCS Sports Association’s non-profit status and 990 tax returns (non filed). O’Connor is a teacher. An you still don’t think the teachers are running the RCS BoE? In the name of fair play, get the teachers off the Board of Education!

Topple the Teachers Tower on the Board of Education

Warning: If you are a student or a minor, please leave this blog now.

The Teachers  and False Prophets Are Building A Fortress to Push For Their Special Interests on the Board of Education. We Have Some Suggestions On How to Topple the Teachers’ Tower! 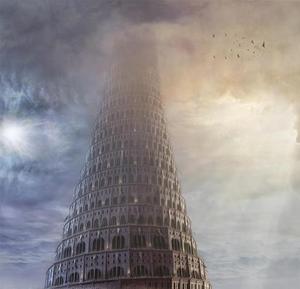 Stop being afraid! Stop fearing your neighbors! Fight back, damn it! That’s exactly where the perps and the pervs want you: afraid and quiet. They’re bullies and as soon as you come out and defy them, watch the bastids run for their rat holes!

You’re Being Bullied! Stop the Coeymanazis!

Urge your fellow residents to Vote NO! on the entire ballot on May 15th. Discuss the vote everywhere you go. Print out pages of this blog or the Vote NO! flyer we provide at  Why You Should Vote NO!

Get the Vote NO! signs up and watch for sign vandalism. There have been a large number of reports of sign vandalism in the district. When the Vote NO! signs are being destroyed you can bet it’s not the residents who oppose the budget! What more needs to be said? If it’s kids, where are the parents? If it’s adults, well, that’s why we need to be getting the cops involved…but then with people like Deluca, Darlington, and the perps in uniform on the Coeymans Gestapo force…Nah! Small chance. The best bet is to call Agent Holly at the Albany FBI (Telephone No. Phone: (518) 465-7551).

Start drafting write-in candidates. Find people who are not teachers or married to teachers, good role models, no criminal or anti-social skeletons in the closet, intelligent (intelligent doesn’t mean having an MA!), and truly interested in the community. Spread their names around as write-ins. Spend $10 to have some flyers printed and distribute them. Write yourself in, if necessary, to prevent the Teachers’ Choices from getting the numbers!

Put a Vote NO! sign on your lawn or in your window! Let everyone know your position on this issue of uncontrolled spending and giveaways.

Be unafraid! Be a role model for your neighbors! Stand alongside victims of intimidation! Be a fighter, damn it! Be the anti-bullying champion in your community!