It’s here now, it’s not going away! It’s going to hurt you, make you bleed, kill your car! Your pets and your children will be devoured by it! The ghouls of the Town of New Baltimore and the New Baltimore Highway Department care for it, minister to it, feed it! BEWARE!!! 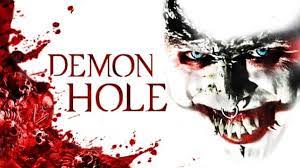 This all may sound quite hilarious to some of our readers who don’t have personal experience with this “Demonic Drain,” and other sinister creations by the Town of New Baltimore and the New Baltimore Highway Department but those of us who live here and see what those evil ghouls are capable of doing , it isn’t funny at all. You can’t make this stuff up but even so, it’s unbelievable if you were to hear it told without some proof. That’s why we are so compulsive about documenting and publishing what we have to tell.

The Town of New Baltimore and the New Baltimore Highway Department got a proper Halloween fright when we published our recent article “New Baltimore’s Halloween “Kripple-a-Kid” Program” and our warning to parents and kids in our article “WARNING: New Street In The Hamlet Still A Hazardous Area For Trick-Or-Treaters!” because on October 31, 2018, at least 3 Highway Department employees, a couple of trucks, were hard at work digging, sawing, puttering. What were they doing? Good Question.

We also reported on the fact that the Town Board of the Town of New Baltimore voted to send acting Highway Superintendent to the Cornell Highway School in Ithaca, New York, a three-day conference for highway superintendents — real ones, that is — at a cost of about $500.00 plus VanWormer’s usual salary. All expense paid trip for Scott VanWormer in May 2018, at taxpayer expense, to sit through presentations that obviously didn’t sink in. We also questioned why the Town would send an employee in a temporary slot to Ithaca in the first place, since he’d be out of a job in November! But HEY! That’s how the New Baltimore Town Board serves residents and voters.

Back to the Demon Hole: Well, after we published our articles, they were out there making a mess out of things … AGAIN! Here’s some graphic history:

Pictoral History of the Demon Hole
a.k.a. New Baltimore Highway Department’s Idea of a Drain

“A” in the illustration above shows the site of the drain in about May-June 2016, when residents demanded that the Highway Department and the Town Board visit the site to see the damage caused by the Highway Department’s failure to maintain the drainage and culvert installations. You can’t see the drain because it is buried under about three (3) inches of soil, and was that way at least since 2000. Scott VanWormer didn’t even know it was there.

“B” shows the catchment that was installed under the supervision of disgraced former Highway Superintendent Denis Jordan. It was literally an 18-21″ deep hole, measuring about 30 inches across, and 30 inches long, and had a vertical grate in it with sharp edges. We called it the “Demon Drain” because it was so dangerous, diabolical, and it looked like it would just swallow you up. Actually, the Highway Department left the culvert wide open until residents demanded that they put a grate in it. Fact is, you could fit a child or a dog in the opening; that’s how wide it was. Everything is a fight in New Baltimore if you’re not a party member (this time it’s the Republicans).

Still, the drain was a real hazard after the Highway Department finally put in the grate. At night you couldn’t see it. If you didn’t know it was there during the day, you could destroy a tire and bend a rim. If you fell into it you’d be cut to pieces by the sharp grate edges. So residents asked for a traffic cone while waiting for a proper fix. Traffic cone never materialized; neither did a fix for about 2 years. They finally in a grate level with the road — well, as level as it gets in New Baltimore.

So, on October 31, 2018, more than two years after the Highway Department started to maintain the drains and culverts on New Street after at least 16 years, they finally got to giving the Demon Drain some attention.

“C” in the illustration above shows what the New Baltimore Highway Department did with the Demon Drain. It’s still a bit “demonic,” don’t you think?

The Town sent VanWormer to Ithaca for three days to learn something about road and drainage maintenance. He came back just as stupid as when he left. That’s how Jeff Ruso and his “deputy” Nick Dellisanti, and their minions on the New Baltimore Town Board (Shelly VanEtten, Scott Briody, Chuck Irving, and Kelly Downes) serve the best interests of residents and taxpayers in New Baltimore: They don’t. They deserve the nickname the “Newbaltimorons.” 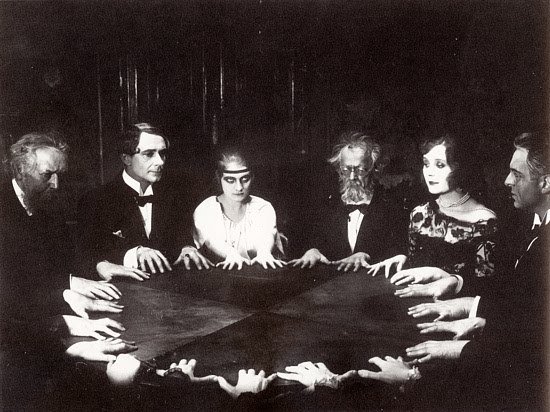 The all knew what was going on but nobody had the balls to put a stop to it! They thought they could deny any knowledge of what was going on but Smalbany wouldn’t let them deny it and get away with it. We published our exposé in our article, “Open Letter Blasts New Baltimore Supervisor, Town Board over Jordan Affair.”

Now Pat Linger wants New Baltimore voters to re-elect him to the Greene County Legislature but he can’t come up with any good reasons whey they should do that. We can come up with plenty of good reasons why NOT!  Greene County District Attorney Joe Stanzione also want’s you to waste your vote on an unopposed candidate; he’s running unopposed and doesn’t need a single vote to stay in office. Same applies to Alan VanWormer who is running for New Baltimore Highway Superintendent unopposed, after he sat back and let Denis Jordan do as he pleased. (See our article, “The Problem with Alan VanWormer“)

Remember all this on Election Day!

Don’t waste your vote on unopposed candidates who deny you your voice and your choice!