We pay these pompous, arrogant dumbasses’ paychecks with our tax dollars! But they sit there all in a row, staring into the papers in front of them, better than those who pay them and who put them where they are, and gaze out, through the citizens and residents sitting in front of them as if they weren’t there. Stuffed shirts, empty heads, and ignorance all in a row, deciding on your lives. And do they stick together?  like fleas on a dog’s back. Nice picture, isn’t it?

We have reported numerous instances that point to unlawful and unethical practices by Jordan which have been known for years but only after we brought the issues into the open and public view did the Town of New Baltimore and law enforcement finally wake up and start taking action.

We have also contacted and informed Greene County District Attorney Joseph Stanzione of Jordan’s activities and the Town’s indifference to the illegal and criminal activity going on in the New Baltimore Highway Department. Last year Stanzione refused to answer our inquiries saying only that he could not make a statement because of pending investigations. We want to see and hear what he has done to investigate the other employees and elected officials, past and present, who knew about what was going on and DID NOTHING!!!

We want to know why employees in the New Baltimore Highway Department, in particular Jordan’s deputy superintendent Scott VanWormer kept their mouths shut when Jordan was using his elected office, public property, public moneys to do favors for special parties and totally ignored other residents and taxpayers whose property was destroyed by Jordan’s indifference and negligence.

We want to know who is going to reimburse the public treasury for the money that was misspent, squandered and wasted during Jordan’s years of mismanagement, particularly in the past 2 years, when the Town Board was most intensely aware of Jordan’s operations.

We want to know who is going to answer for Jordan’s abuse of residents and taxpayers, and who is going to foot the bill for compensating the property losses and damage caused by Jordan’s negligence and incompetence.

Local government is a failure…

And now on the Town of New Baltimore Office of the Assessor and the Board of Assessment Review: Grievance Day is a Sham!

We  have been looking closely at the Town of New Baltimore’s weird property tax situation and have come to the conclusion that the operation of the Assessor’s Office under Gordon Bennett and the five member Board of Assessment Review (BAR), consisting of Donna Degnan (chairperson), Lynn Taylor, Bernie Jones, Ronna Smith, and Linda LeClair. Linda LeClair appears to be the only functioning brain in the lot!

Under Gordon Bennett’s oversight and Donna Degnen’s chairmanship, the BAR is an incompetent drain on the public treasury. Bennett is not an elected official, he’s a hired fixture. Degnan, too, is not elected but an appointee and the sockpuppets on the Board of Assessment Review, lard asses that they are, handed the chairmanship of the Board over to Degnan, who is a dithering wing nut!

We have examined the NY Real Property Tax Law and its provisions relating to the Assessor’s Office but more precisely those provisions that relate to the Board of Assessment Review and have found that currently too many mistakes are being made and they are not complying with the law. We have an ignorant board with very little training and they’re making a mess of assessments, especially assessments grieved by taxpayers who are not being treated as the law requires.

And the New Baltimore Town Court and Justices are soon to be pilloried by the New York State Commission on Judicial Conduct, the New York state committee that oversees the operation of the courts and judges and, upon complaint, reviews the court or the judge and has the power to discipline them for acting in bad faith, unethically, with malice, or in ignorance or abuse of the law. New Baltimore town justice Tom Meacham is at the top of our list.

And the incompetence and ignorance doesn’t stop at the Highway Department! The Assessor’s Office, run by Gordon Bennett, is just as bad and the Board of Assessment Review is a gang of d-bags if we ever met one. Donna Degnan chairs the Board of Assessment Review but is more of a dithering crone than a competent chairperson. Can’t even figure out what property is being discussed and then gets stuck on a thought and you can’t get her off of it. No one listens and no one hears. Read the submissions? Hell NO! Follow the discussion? Hell NO! Four morons in a row! Local government is a failure and we expect state and federal government to be any better? Wake up people!!! No one cares and the apathy is killing us! All we can get is criminals and dumbasses to run for office and, worse still, the dumbasses appoint dumber dumbasses to the local government boards and committees!

We can agree that the whole system needs overhauling but unless people, voters, taxpayers, residents stand up and work together, we’re going to be stuck with these dumbasses, crooks, liars, and criminals, and we can only blame ourselves. We can’t do it alone. We need to join hands and stop the corruption!

Would you have the balls and the integrity to do that? Not very likely, from what we’ve observed in this cowardly community of weasels….

Of course they’re going to stick together like fleas on a dog’s back. They work in Town Hall where nobody is more than 20 feet away from anyone else. Nothing’s private. They all kiss each other’s asses and make nice-nice in the great love fest at Town Hall, while waiting for the next opportunity to stick in a knife. Most of them hate each other’s guts but they have to stick together or they’ll all end up jobless and in jail. So don’t think for a moment that you have such a great case that they won’t all get in a circle (called a circle-jerk) and make sure no one makes a peep that could incriminate anyone else. They may be incompetent, ignorant, arrogant but they are making the decisions and if you don’t like it, well, you’ll have to hire a lawyer. Would you have the balls and the integrity to do that? Not very likely, from what we’ve observed in this cowardly community of weasels. Well, that’s where the Jordan case is going to get real interesting because now we have not only a weak link but an actual break in the love chain in Town Hall. Things are a happening…let’s keep the momentum and see what’s going to happen next! 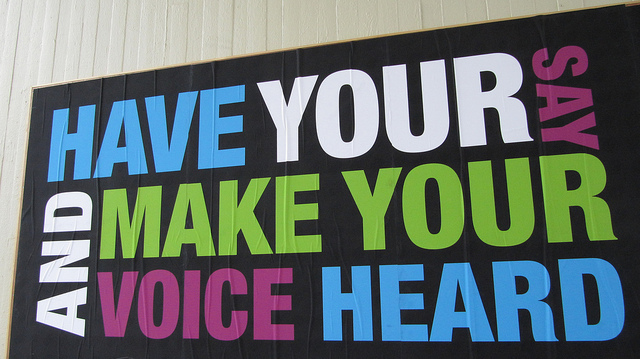