Election Day is just a few days away and we need to have a plan. 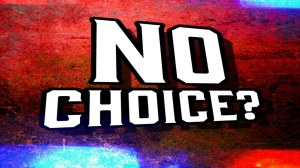 There are a number of candidates asking for your vote but are running unopposed.

This means that the so-called political parties are undermining the democratic process by not providing voters, you and me, with a choice as to who we want running things. In other words, it’s turning into a no-choice system.

(Please see our article Democracy is Dead! If you haven’t already)

If you don’t cast a vote for an unopposed candidate, you are sending a message. Here’s how:

Now, we can take those two numbers and look at the totals for the unopposed candidates and see just how many, what percentage, of active voters protested the no-choice situation.

We’ll report that number so you can see where the community stands on no-choice elections.

We need to make our voices heard in whatever way possible to avoid becoming a second North Korea.

Me so happy! You mellicans got no choice! You get me! You velly happy now…YES!

(This doesn’t mean that the unopposed candidate won’t get into office, all it takes is ONE VOTE, most likely their own, to “win” the election.)

Posted by Principal Editor on November 2, 2017 in Uncategorized