RSS
← Kristin Gillibrand, US Senator, is a Spammer
A Response to Lorin Marra. re: Office of the Albany County Coroners →

George Amedore, NY State Senator for 46th District, Needs to do Some Homework

George Amedore Jr, is the New York state senator representing New York’s 46th senatorial district. Amedore is backed by the Republican, Conservative, and Independence parties and was first elected to the Senate in 2014 for a 2-year term. Although he was first elected to the State Assembly on July 31, 2007, and held that seat for 5 years, he gave up that seat to run for the Senate in 2012. He lost to Cecilia Tkaczyk by a slim margin but ran again in 2014 and won the seat. Members of the New York State Senate serve two-year terms and are not subject to term limits. Amedore is up for re-election in 2018. The question we have is whether he’s up to the job. (Click here to view the map of the NY State Senate District 46.)

If George Amedore is showing such fiscal irresponsibility and indifference as to how he’s shelling out state taxpayer dollars to nitwit incompetents like the Town of New Baltimore (Greene County) Highway Department to  enrich the likes of Callanan Industries, Inc., and to screw up our town streets, voters and oversight agencies need to take a good hard look at Amedore’s performance, possible corruption and abuse of pubic office, malappropriation of public monies, and potentially criminal behavior in the Town of New Baltimore Highway Department. Better do it now before any more money is wasted and any more damage done!

We’ve been reporting on a large number questionable practices in the New Baltimore Highway Department, and how the money’s being spent and where. All we can conclude is that the New Baltimore Highway Superintendent Denis Jordan is totally incompetent and doesn’t have a clue what he’s doing. He’s also been implicated in some shady operations for “friends” of Denis Jordan at taxpayer expense, including the misuse of town equipment and crews. (See our 2015 Election article, “Reasons Why Denis Jordan Must Go!“)

Our investigations have shown that Jordan has plenty of time to reroute creeks and lay expensive culverts on a friend’s property, and repair roads on Schoolhouse Road for some crony of his, but has ignored requests from residents in the Hamlet to fix numerous problems he’s created there by his lack of skills and poor planning — actually, Jordan doesn’t do any planning at all. Residents in the National Historic District can’t even get him to put a grate on a dangerous hole he created on one street in the Hamlet; he won’t even put a traffic cone to protect cyclists, pedestrians or motorists. (See our article, “Denis Jordan Avoids Duties to Serve Special Friends: The Case of the Disappearing Creek“}.

Our most recent investigation has uncovered even bigger problems created by Jordan. Yes, we have reported on his harassment of a local woman to take down a privacy fence for no reason at all. We have reported on his refusal to talk to the New Baltimore Town Board. And YES! we have reported on the rerouting of a creek on Lydon Lane, and the installation of expensive culverts on his buddy’s, R. Bullock’s property. From what we can confirm, residents’ claims that he did that work so Bullock would have a nice flat lawn instead of having a creek with a ditch. You see, you can really make out if Jordan is on your “A’ list. If you’re not, forget anything from the New Baltimore Highway Department…except maybe a flooded basement and ruined foundations. (See our article, “New Baltimore Town Highway Superintendent Harasses Local Woman“).

Well it does get worse, much worse.  Earlier this year (2017) requests for bids went out for repaving of a number of streets in the Hamlet of New Baltimore. Peckham Road Corporation  put in a bid, as did Callanan Industries, Inc., and Precision Roads and Driveways. Callanan, an old “friend” of Jordan’s was awarded the contract; they quoted to put down 2″ (two inches) thick layer of asphalt on the roads to be paved, an estimated 5,520 tons of material.

The paving operations were done in June 2017, and were supposed to have been done under Jordan’s supervision as New Baltimore Highway Superintendent, but he was often nowhere to be seen. One day, he left early while paving operations were going on so he could attend a local wake. He left at around 3 p.m. If it was his own wake we could understand his having to be there early but it wasn’t. It was only an acquaintance but Jordan left the work unsupervised with some very bad results.

The bids for the job explicitly state a “2-inch” thick layer of asphalt (blacktop). Well, our investigations show that at least twice that amount of blacktop was deposited and in some places up to 4x. On some streets the roadbed was raised 4-6 inches, some edges of the street were raised a foot or more, leaving dangerous unmarked drop-offs. The idiots put a 12-14″ wide sloped curb on one side of the street which reduces the width of the street by almost 2 feet, and creates the hazard of falling if you try to get out of a car at roadside.

The drainage on New Street was worsened and more problems created. At one residence, the Highway Department created such a bank of blacktop that the front and side entrances to the residence could not safely be used. Jordan had to pour concrete steps to allow the entrances to be used but even the concrete was defective and was poured without proper foundation, and started crumbling in the first week!

Back to our little friend George Amedore. With all this going on and the Town of New Baltimore being served with Notices of Claim, the first step in a lawsuit, for many of these botched jobs by Jordan, it seems Amedore isn’t talking to anyone in the Town Hall, and his handing out money hand over fist. The paving by Callanan on Jordan’s watch is just one instance of wasted taxpayer monies. We’d like to ask Mr Amedore if he has inquired why if 2″ of asphalt were quoted more than 4 times that much was actually deposited on some of the roads, actually creating hazards!!!???

Furthermore, the Section 248 Agreement required under the New York State Highway Law notes that a total of $284,732.00 was to be spent on the paving of the streets mentioned above. That amount is broken down with $174,732.00 coming from the CHIPS (NYS Consolidated Highway Improvement Program) and $100,000 coming out of the Town’s General Repair budgeted money. That’s the math taken directly form the Agreement for the Expenditure of Highway Moneys made between the Town Board and the Town Highway Department. The agreement also explicitly states 2-inch thick.

So, dear readers, if the Agreement states that the paving is to be 2″ thick and the bids were based on that figure, how did they manage to drop up to 4x times that much blacktop? If they stuck with the 2″ layer, wouldn’t that have reduced the price by 2-4x? So what’s the story here? Do we need an investigation by the State Comptrollers Office, by the State Attorney General? And where’s our good ol’ boy Joe Stanzone, Greene County District Attorney on this one? Can’t the Town Board do math? Isn’t anyone watching or asking any questions in New Baltimore?

Elections are just around the corner. How the New Baltimore Town Board Handles this Scandal will Determine the Outcome of the Elections. We can assure you of that fact. You know we’ll remember when Amedore comes up for relection in 2018. And when Joe Stanzone, the Greene County DA, starts stumping for re-election, we’ll remember him, too. So guys and gals, start doing what the public expected you to do when they voted you in: to clean up the crooks and to govern our town, county and state wisely. So far it doesn’t look good for you.

According to New York State Town Law, the New Baltimore Town Board has the power to investigate Jordan’s and Callanan’s opertations and to ask some very scathing questions. We’ve already asked some of those questions above but the ball’s in the Town Board’s lap now. New Baltimore Town Board: Either investigate or share the guilt. If you don’t launch an investigation you are as guilty as the crooks. After all, the entire board signed the Section 248 Agreement with it’s explicit and specific language, and the County Superintendent of Highways, vanValkenburg, signed off with no questions. Do we call that negligence, indifference, lack of due diligence? Corruption? It’s soon to be election time so you’d probably start burning rubber and get moving on this investigation. Right?

The Greene County Superintendent of Highways, Robert Van Valkenburg, had to sign off on that Section 248 agreement. Is he math-challenged too?

Well back to our candy-ass Senator George Amedore Jr and his fine representation of the people and taxpayers of New York. Georgie boy, in a letter dated — this guy’s really numerically challenged; even his letter is undated —. No matter, the letter is stamped “RECEIVED April 28, 2017, Town Clerk, Town of New Baltimore.”

Amedore’s first sentence is a clear indication that he knows nothing of what’s going on in New Baltimore. He writes, “Maintaining safe, dependable roads is important to the safety of our communities an the health of our economy.” First of all, he has no clue how unsafe New Baltimore roads are. He has no idea what Denis Jordan is doing in New Baltimore. He has no idea of what he’s talking about when he uses the terms “health of our economy.” What economy? The only economy is real estate sales with the downstaters buying up our land and homes, and everyone else trying to sell to get out of the area!

Amedore then goes on to cheerfully announce to Mr Jordan that he’s handing him $142,255.00 from the CHIPS (Consolidated Local Street and Highway Improvement Program) as part of the states recent 2017-18 budget. Amadore then goes on to tell Jordan that he’s going to receive 32, 471.00 in funding under the PAVE NY program and $27,682 in funds under the Extreme Winter Recovery program.

Amedore must be on another friggin’ planet. He’s totally off base! He’s clueless how this money is being spent, wasted, criminally! And this is responsible government. This is an elected lawmaker aiding and abetting incompetence, abuse of office, waste of public resources? Why is Amedore handing out hundreds of thousands of taxpayer dollars to the like of Denis Jordan?

We almost puked when we read Amedore’s closing sentence: “A strong infrastructure is vitally important to strong , healthy communities. If you have any questions….” Do we have questions? Do we have QUESTIONS? Guess What? Mr Amedore, we do have questions. One of them is How in hell did you ever get elected?!?!? But then if Denis Jordan got elected…we withdraw the question. 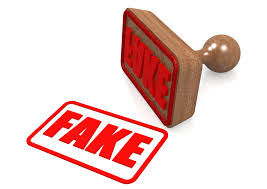 ← Kristin Gillibrand, US Senator, is a Spammer
A Response to Lorin Marra. re: Office of the Albany County Coroners →