RSS
← Why Ravena Village Hall Thumbs Their Noses at the Pubic Officers Law…
Ravena Village Board Admits It: Fitness Center Hemorrhaging $6000 a Month! →

A Very Conditional Congratulations! goes to
Coeymans Police Chief
Peter J. McKenna
and to the Coeymans Town Board

An Opportunity to Revitalize and for a Complete Makeover 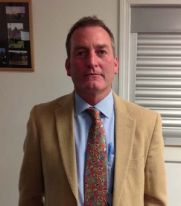 Police Chief Peter J. McKenna can use this opportunity to be a hero, to shine, to revitalize the community’s faith and trust of law enforcement or he can continue in the same filthy rut as his predecessor. We hope he’ll take a more positive and honorable heading for as long as he has a department to run.

Actually, with the appointment of Chief McKenna, the Coeymans town board has made a second positive step: they’ve appointed McKenna at a salary of almost half the money that rat-king Gregory Darlington was sucking up in addition to benefits and all he could hoard of the Coeymans treasury. That’s not to say that McKenna is not worth Gregory Darlington’s salary and more. McKenna is a professional law enforcement officer with prior service with the Albany Police Department and reached the level of professional detective (not the Coeymans p.d. dork detective variety fathered by that retard Dudlington).

Chief McKenna, like most of the Coeymans police department, doesn’t come to us without some historical baggage. Yes, he had problems with the Albany Police Department. Yes he had some conflicts with Albany County’s pilfering, racist, womanizing district attorney, P. David Soares. But he has connections with law enforcement and that’s a good thing. He has conflicts with Soares and that’s a good thing. Unlike dolt Darlington, Chief McKenna may be able to conduct his law enforcement activities on the straight and narrow, not sucking up to a corrupt and incompetent district attorney. Unlike Darlington, Chief McKenna doesn’t have the corrupt concerns about getting a job next to his wife (Dumpling Darlington’s dumpy dumplin’ Leah Darlington works as a secretary/clerk for Soares). Chief McKenna has been patrolling Ravena-Coeymans for a couple of years not and, despite his past, McKenna has earned the reputation of being fair and a generally good cop.

Albany County Enhanced 911 and Elimination of the Coeymans Dispatchers. There may be a hidden benefit to appointing a veteran and well-informed cop with plenty of city experience. Chief McKenna most probably knows a great deal about the Albany County 911 system and can be a valuable source of information and a consultant to the Coeymans town board when considering trimming the Coeymans budget of several hundreds of thousands of dollars by eliminating the redundant dispatchers. (Click here to read our article:
Dispatchers Distribute Misleading Flyer! Lies in Print…AGAIN!)

What we’d like to see Chief McKenna tackle as part of his community outreach efforts (and he will have community outreach, of that we are certain) is this: Under Darlington’s incompetent bastardizing of the Coeymans police department obstruction of justice was rampant, meprision of felony (18 U.S. Code § 4 – Misprision of felony*) was a day-to-day occurrence. Having worked in the Coeymans police department for several years under Darlington’s oppression, Chief McKenna knows all about the obstruction of justice and meprision of felony (especially the obstruction of justice and accessory after the fact in the Cathy Deluca case and concealment by “Dirty Hands” Jerry Deluca, Gregory Darlington and Jason Albert!) that went on in the Coeymans police department and it’s now time to come clean, squeaky clean, and prove that he, Peter J. McKenna, is worthy of the chief’s badge and worthy of this community’s trust. (Maybe Chief McKenna can manage to uniformly, nondiscriminatingly enforce the law and truly to “serve and protect” this community. See our articles: Coeymans: Illegal “Work Zone” Signs and Unlawful Threat of Fines?; Criminal Obstruction of Justice &amp; Official Misconduct: Gregory Darlington, Coeymans PD; What you hear or see, or know can land you in Jail! 18 USC § 4 – Misprision of Felony; Raped by the Coeymans Police Department!)

*Misprision of felony: Whoever, having knowledge of the actual commission of a felony cognizable by a court of the United States, conceals and does not as soon as possible make known the same to some judge or other person in civil or military authority under the United States, shall be fined under this title or imprisoned not more than three years, or both.

There are dozens, literally dozens, of pending complaint investigations and pending lawsuits against the Coeymans police department and it’s in Chief McKenna’s interest to start on the right foot. One way to do this is to take the time, and it will be a lot of time at first, to manage the complaints and lawsuits crisis in Coeymans. Chief McKenna has to reach out to the aggrieved, defuse the situation, pledge his good will, ensure that the cases are properly investigated and the results communicated to the aggrieved parties, ensure that justice is done by getting rid of the culprits and, if necessary, ensuring that they are prosecuted. There are many in the community who can prove to be valuable allies to Chief McKenna and even to the Coeymans town board if, and only if, Chief McKenna has integrity, is honest with us, and proves he’s fair and is interested in seeing justice done. Ditto for the Coeymans town board. (Read our article: Village of Ravena, Town of Coeymans Police Department Served with Notices of Claim; Criminal Complaint: Catherine M. Deluca a.k.a. Cathy Deluca, Claude A. Wheeles, Ravena Health and Fitness Center; Why Ravena Village Hall Thumbs Their Noses at the Pubic Officers Law…)

Noting the presence of members of the Ravena liars-lair, especially Harold “Hal” Warner, another Albany Cop who got taken off the street for his civil rights abuses, and then was elected to be a village of Ravena justice, a judge of all things! His presence and the fact that he was seen to be consulting with Chief McKenna could give rise to charges of violation of the Judicial Code of Conduct against Warner. What business does a sitting village justice have having secret discussions with the newly appointed town police chief, we have to ask. But Warner, if he’s stupid enough to run for office again, will be embarrassed by a total defeat! We’ll work hard to see that happen. (See our article on the Warners of Ravena: The Warners: A Family Tradition of Misconduct) As for the other self-interested crooks who were conspicuously sitting on pins and needles and felt that they had to be present at the meeting just to calm their nerves, we know who you are and we’re watching together with quite a few other residents. Keep out of the way. You’ve on notice!

(Special note to Dawn LaMountain: Better keep your mouth shut and get a lawyer—maybe your ex-boss Dumplington, can get his wife Leah to sweet-talk Soares into defending you, or at least not to prosecute you—, you may need one soon. Your chubby chicken should also be looking for a job pretty soon, too!) (Read our article Why?: Dispatchers Distribute Misleading Flyer! Lies in Print…AGAIN!)

So, Coeymans, Chief McKenna, you both have our “conditional” Congratulations! “Conditional” because you’re going to be watched like a hawk, we’ll have our ears to the ground and in the community. These next couple of months will either make or break both of you, Coeymans town board and Peter J. McKenna. You both have a lot of healing to do and a lot of trust to mend. 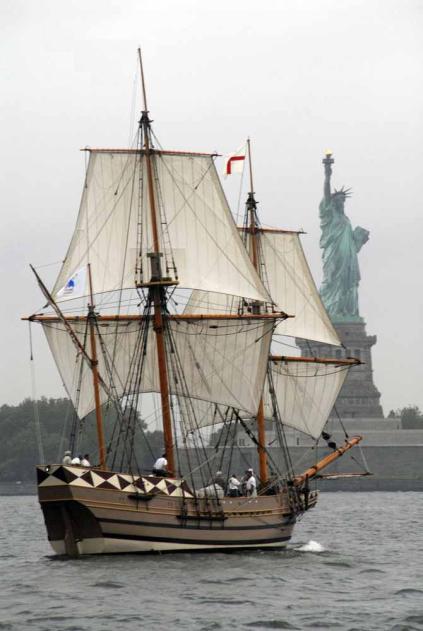 ← Why Ravena Village Hall Thumbs Their Noses at the Pubic Officers Law…
Ravena Village Board Admits It: Fitness Center Hemorrhaging $6000 a Month! →