Common “Cents”: A Resident Looks at the Village of Ravena’s 2014-15 Budget…And Barfs!

I know most folks don’t understand government’s budgets or even their own taxes, never mind the IRS! All we do know is that we are getting screwed, and screwed royally. Whether it’s the village or the RCS CSD, we’re getting screwed. Most of us hate or don’t much care for math so budgets and auditing is boring at best! 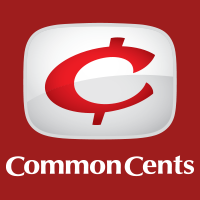 Not in the Ravena Budget
A Resident Reports

So I will try to break it down simple like, and relate the unbelievable incompetence and waste that we can plainly see in the Village of Ravena 2014 – 2015 budget. This incompetence and waste is simply mismanagement of your local tax dollars. Your money is being crazily mismanaged by a bunch of amateurs who know only one word: SPEND. So you can see the stupidity and wasteful costs!! Let’s forget about the Ravena Health & Fitness Center for a moment. Let’s look at some things we all understand such as, telephone expenses. We all have them and can understand them! Right?! I’m picking the phone bills in the Village of Ravena budget even the new board members can understand and should have questioned it themselves; they had 2 months ! But no. They just rubber – stamped the budget and that’s that. Same old, same old, monkey business as usual! A bunch of wingnuts at work. 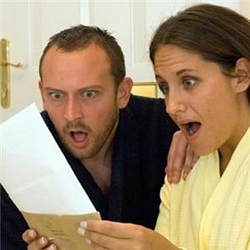 Are You in Phone Bill Shock?

So there you have it. A “magic jack” costs $19.95. a year. You can’t help but wonder: Are they calling 1-900 sex talk or something like that, or are they just plain stupid. Are they on the phone for advice from state or federal officials all the time or explaining themselves after Times Union or local TV news scandals? The costs are way OFF THE MAP! Just look at the water plant budget for phones! Who can they possibly be calling for that kind of money? Or Mosher Park where’s that telephone located? In a tree under or under some rocks, maybe? Or the fire department? Doesn’t the Ravena Fire Department usually get incoming calls? But their budget is a whopping $ 3,800.00! Who are they calling for that kind of money? It’s a freakin’ village fire department for dang sake! You would think the court would be OK for around $2000.00 (the Ravena court’s got to go!) but the clerk’s and mayor’s office for $5,000.00 when do they get their work done? And we have to consider that you’re billed for outgoing calls…

Oops I forget those Times Union Quotes of village officials when they’re caught with their panties down: “I didn’t know”. The clerk’s office must have an open line for the past 30 years to the NYS Comptroller and NYS Department of State offices or the Committee on Open Government (so that Bob Freeman can tell them not to respond to F.O.I.L. demands for information. That’s “Open Government” in NYS!) Yeah, that would explain it! But out of hundreds of telephone carriers out there and all the different discount deals, we’d like to know which one is robbing us blind? Where/when did the bidding take place?

What I find odd is there’s no postage for the court clerk’s office and water and sewer funds but there’s $8,000.00 for the village clerks alone. But that’s another story.

Or look at office supplies in the budget: the village clerk is $2,000.00 and the Ravena Health & Fitness Center office supply budget is 5000.00! What in hell is Cathy Deluca doing with office supplies? Eating them? Again, these are questions for the Office of the NYS Comptroller’s Office examiners and auditors. 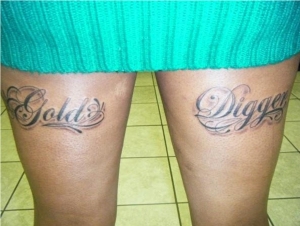 The fitness center is another horror story in itself, $28,700.00 for equipment repairs? Is that repairs to the junk equipment Bruno, Warner and Deluca paid more than $40,000 to Bob Fisk? Used equipment that cost us more than $40,000.00, and now another $28,000 on top of that? But although the Ravena Health and Fitness Center doesn’t have members to justify its existence, and despite the fact that it’s costing Ravena taxpayers more that $105,000 a year and bringing in no revenues, Cathy Deluca has plenty of time to sit in front of her computer all day long and still collect her $30,900 a year plus full benefits. Now that’s responsible stewardship of public money, isn’t it?

But the one I love is Hospitalization general fund account # 9060.88, $ 417,219.00 alone. And/also the water fund acct# 9060.88 (Yes! It’s the same account!) but money is coming out of water fund in the additional amount of $44,880.00. Again this is only hospitalization benefits! And who’s getting these benefits for almost a half – million dollars? Is this Obamacare at work or just the local crooks?

Retirement, social security , workmen’s comp, unemployment insurance, disability insurance, vacation, holidays, sick time! It’s enough to make you barf! Then there’s another $400,000.00, give or take $ 50,000 depending on “overtime”. Maybe I should start a blog and post the vouchers as they come in. and explain how you and I are getting screwed as tax payers. 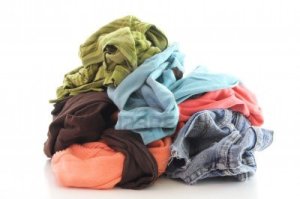 Also acct # 9189.80 located under hospitalizations is $8000 for towels. TOWELS!?! YES! TOWELS!!! Eight grand for TOWELS! In the retirement fund accts area?? Are those hidden costs??? To the Fitness Center??

$54,000.00 for street lights????? Ravena I guess never heard of this invention back in the 12th century it’s “very green”, it’s called solar powered street lights, they been around a very long time and will save a penny or two.

So much for common cents.

Ravena’s Got It To Burn

One thing is very clear from Mr Polyak’s analysis: Residents, taxpayers must pay more attention to these local budgets and how they’re passed without adequate diligence on the part of local elected officials and without appropriate scrutiny of the line items by the public. Judging from Mr Polyak’s analysis, the waste of taxpayer money and fiscal irresponsibility and incompetence is scandalous. It’s almost comparable to the waste and fiscal irresponsibility of the RCS Central School District budget!

← 49 Other States, A National Website Question Deluca’s Hiring?
aww, you aren’t even close. →