The Warners: A Family Tradition of Misconduct

Misconduct Must be in the Warners’ Genes

Will All Those Rotten Apples in Village Hall Taint the New Mayor and Trustees?
Time Will Tell

Harold “Hal” Warner — Currently Village of Ravena Court justice. A former Albany cop who had some pretty seedy credentials while in uniform; now Ravena Village court justice. This is the same Hal Warner who should have been disbarred or at least censured by the NYS Commission on Judicial Conduct for unethical conduct vis-a-vis another candidate running for judicial office. But Albany connections kept him on the bench. This is the same Hal Warner who allegedly stabbed former Coeymans town justice and acting Ravena village justice Phillip Crandall in the back and led to Crandall’s resignation. Seems Crandall criticized the corruption in the Coeymans police department a bit too much. After getting screwed by Warner and the CJC, Crandall opened up and blew the whistle on the corruption in Ravena and Coeymans courts and in the Coeymans p.d. as well as on the Coeymans town board. Seems Crandall did the public a bigger service after being stabbed by Warner than while a judge.

Nancy Biscone-Warner — Currently Ravena Village trustee. Former Ravena village mayor John T. Bruno’s biatch and a long-time village employee, now trustee (but not for long). Nancy Biscone-Warner was a key figure in creating the illegal Ravena Health and Fitness Center for Cathy Deluca (A reward for some favors done in the Coeymans police department by bottle-blond-bimbo Cathy Deluca’s husband, former Coeymans cop Gerald “Jerry Dirty-Hands” Deluca?) Nancy Warner’s corruption and nastiness is common knowledge but her part in purchasing the more than $40,000 in used fitness equipment from a Ravena insider, Bob Fisk, that was laying dormant in the very fitness club Deluca managed to run to failure, is a classic in Ravena insider corruption. Warner and her Ravena insider cronies then created Cathy Deluca’s money pit playpen and further allocated $105,000 in the village budget to fund the Fitness Center! Warner’s campaign to evict the RCS Community Library from the premises now occupied rent-free by Cathy Deluca’s money pit fitness center, Warner, Deluca and ex-mayor John Bruno claimed for Deluca’s playpen was a major scandal. Nancy Warner’s real vileness and evil surfaced when she and ex-mayor John Bruno started their persecution of local youth and teens — with the willing assistance of the Coeymans police department and its chief, Gregory Darlington, a friend of Dirty-Hands Jerry and the bottle-blond-bimbo — and their sabotaging the Ravena Coeymans Teen and Youth Activities Center. Nancy Warner currently is Ravena Village trustee overseeing her friend Cathy Deluca’s taxpayer funded money pit the Ravena Health and Fitness Center and Warner also oversees her own husband’s court activities. How’s that for cozy conflict of interest?

Question now is: Will Ravena mayor William “Moose” Misuraca and his new trustees Keith Mahler (deputy mayor) and Joel Coye continue to waste Ravena taxpayer dollars on the Ravena Health and Fitness Center, an illegal money pit that can’t support itself and brings in no revenues to the village of Ravena? The Ravena Health and Fitness Center can’t survive unless the village of Ravena pays for it from taxpayer dollars but isn’t there a better use for the more than $100,000 that the proposed budget wants to spend on the fitness center, AGAIN?!?

And then there’s Nancy and Hal Warner’s daughter, Carmen M. Warner. Yes, readers, that’s the same Carmen Warner who was suspended by the Albany County District Attorney’s Office for misconduct on the Internet, on FaceBook. As reported in the Albany Times Union (click here to read the report, Warner Misconduct), she and another prosecutor in the Pudenda David Soares’ corrupt Albany County DA’s Office were suspended for posting inappropriate photos on FaceBook. The report tells us that Warner’s partner-in-crime, Chantelle Cleary, “were working out at a local gym when they pretended, as a joke, to punch each other in sensitive areas of their bodies,” Warner was suspended with Cleary, and later “resigned.” The real incest element comes when we find out that Carmen M. Warner, after having left the Albany County D.A.’s  office in disgrace, was hired by Ravena insider Michael Biscone to work in his lawfirm. All we can say is “dirty birds of a feather fluck together.” 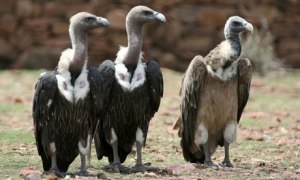 Hal, Nancy, Carmen
The Warners Together

Now that you see the connections Harold “Hal” Warner is a Ravena Village judge whose wife, Nancy Biscone-Warner is a Ravena village trustee and is in cohoots with Cathy Deluca, who is now running the Ravena Health and Fitness Center to ruin (after having done the same thing to at least two previous fitness centers she managed!), and who (Nancy Warner) oversees not only the Ravena Health and Fitness Center but also her own husband’s (Hal Warner) court operations. Hal and Nancy Warner’s daughter, Carmen M. Warner, got a job with corrupt democrap Albany District Attorney Pudenda David Soares but had to resign after she got involved in some unacceptable behavior on FaceBook by posting inappropriate pictures of herself and another employee, Chantelle Cleary.  After all is said and done, local Ravena insider and on-again-off-again village attorney Michael Biscone hires the village employees’ wayward daughter and gives Camen Warner a job in his law firm.

Now doesn’t that little cozy story really give you a warm and fuzzy feeling all over? Remember it when you go to the polls next time an Nancy Warner or Hal Warner are on the ballot.

4 responses to “The Warners: A Family Tradition of Misconduct”