Caribbean Jerk Off Championship…Am I reading this really?

We’ve Been Writing About Local Jerk-Off’s for About a Year Now and Ravena-Coeymans and New Baltimore Never Cease Amazing us.

Among the Notable Jerk-Offs We’ve Paid Dubious homage to on this Blog include Mummy Mayor John “Black Mamba*” Bruno of Ravena, BoBo Cop Gerald “Dirty-Hands Jerry” Deluca, DoDo Cop, former-garbage-collector-now-Coeymans-police-chief, Gregory Darlington, the-let’s-screw-Ravena-residents village board “trustees” Nancy Warner, Rocco Persico, William “Bill” Bailey, Martin “Marty” Case, the RCS Central School District teacher mafia or so-called board of eduction, and others. And let’s not forget the village of Ravena’s little plum, the Ravena Health and Fitness Center, paid for with Ravena tax dollars to provide  Cathy Deluca with a place to play (thanks to Ravena “trustee” Nancy Warner and mayor John “Black Mamba” Bruno). Now we have to welcome and add, officially, that is, the editiorial staff of the so-called Ravena News Herald, to the Ravena-Coeymans-New Baltimore Jerk-Off Hall of Fame. And yes, then there’s Albany County District Attorney, P. David Soares. The obvious J/0 champs.

* Do you know how Ravena mayor John Bruno got the nickname “Black Mamba?” If you do, let us know! 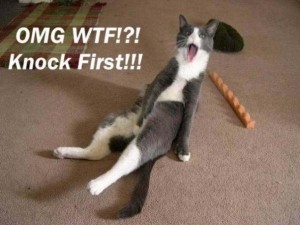 The Ravena News Herald and Donovan’s Shady Harbor marina/restaurant and “Jerk Shack” achieved this dubious honor thanks to an attentive reader and a write-up that appeared in Section A3 of the August 8, 2013, edition of the Ravena News Herald. Here’s the entire item:

The Ravena News Herald and Shady Harbor Marina (New Baltimore) Join Up to Show the World What A Bunch of Jerk-Offs We Have Here…Now In Print and Only in the News Herald! (News Herald, August 8, 2013, section A3)!!!

Well, this back water nest of incestuous corruption and public nastiness has managed to even trump renaming an entire community after a toxic sandwich (Remember the “Reubenville” shame? … Yes! New Baltimore and Coeymans have managed to sink to new depths by becoming the Jerk Off Championship capital.

Speaking of jerk-off champs, we just can’t wait to start our new season of jerk-off champs with their rookies Peter Brown and Jason Hyslop as they join their corrupt special interest veteran jerk-off champs board president and scoff-rules James Latter with witch-on-a-stick teacher-union-voodoo doll Alice Whalen, teachers and teacher partners Edward “Teddy” Reville and Howard Engel as they bully their way through the budget giving it away to their cronies. Let’s watch as Jim Latter gets his wife a principal’s position…that’s been in the making for a couple of years now.

And as for the Ravena village jerk-off champs, Martin “Marty” Case (also a teacher, part-time real estate salesman) and William “Bill” Bailey, who apparently intend to run for Coeymans town offices in an attempt to spread the infection of corruption and economic disaster to the entire town of Coeymans, while the Coeymans Police department infiltrates its ranks with friends and relatives of DoDo cop Gregory “Garbage Guy” Darlington and his confidential secretary Dawn LaMountain. We also hear that a Darlington-darling, a special friend of Darlington’s, has been hand-picked by loser Tom Dolan as the democrat candidate for Coeymans town clerk. Get ready for Ravena-style corruption and special favors galore if that bunch gets in.

Anybody know anything about Dianne  Challenger, Darlington’s little friend?

Start thinking about signing the petition to get the referendum on the ballot to eliminate the Coeymans town police department and get professionals to take over law enforcement in Coeymans. We’ll start providing information how to make that happen very soon, as soon as summer is behind us.

Hey! Black Mamba, Wanna join me at the “club” later?

Has anyone wondered why taxpaying residents of the village of Ravena–after shelling out more than $40,000 for used fitness equipment and another more than $105,000 of taxpayer money being allocated to fund the Ravena Health and Fitness Center have to pay to use the facilities they’re already paying for? Do you know of any other health club where you get to pay TWICE to use the facilities? Only in Ravena and under the management of mummy-mayor John “Black Mambo” Bruno’s gals, Nancy Warner and Cathy Deluca! Why don’t Ravena taxpayers ask this question?

Cathy Deluca has gotten the entire village of Ravena into hot water again, as we’ve already reported. First Notice of Claim against the village of Ravena came when she abused a potential member and told him he was unwelcome. Bad move bad-mouth-Cathy! That’s getting the village sued. Not enough? Well she also had the balls to then make a complaint with her friends in the Coeymans Police Department telling a heap of lies and getting them to investigate her lies on your dimes (ask Coeymans Police Officer Jason Albert about this when you see him.) That got another, a second Notice of Claim filed against the village of Ravena and Deluca, this time for criminally falsely reporting an incident and conspiracy with Deluca and her little minion Claude A. Wheeles conspiring to provide the false information to the Coeymans Police. As usual, the investigations got screwed up or fixed but that’s not the end to it. The 50h hearings are scheduled for August 15, 2013, when the village’s lawyer will try to “establish the facts” ín an asinine attempt to save the village’s ass and Cathy Deluca’s, too, in a pre-lawsuit hearing. Andrew S. Holland of the Albany law firm of Napierski, Vandenburgh, Napierski and O’Connor, has been assigned the case by the Village of Ravena’s insurance company. Let the fireworks begin!!!

Speaking of botched up investigations: Anyone hear about the screwed up drug raid at Oakbrook Manor last week staged by the Coeymans Police Department on the wrong apartment. Seems Gregory Darlington, Ryan Johnson and Kerry Thompson—put the three of them together and you can’t put a complete brain together for them to share—can’t seem to read the black letters in the warrant to distinguish between an “F” and a “K”.  And were you wondering where Psycho-cop Ryan Johnson disappeared to? He’s now misleadingly flashing a business card around that gives the incorrect impression he’s a federal drug enforcement agent. He’s not. He’s only on a task force…obviously a task force that doesn’t require its members to be able to recite the alphabet. (By the way, we have received reports that although the drug raid did find some evidence, it’s likely the raid may come to nothing but a lawsuit but it’s likely the evidence will be tossed because of the botched up raid.) Nice going Darlington, Ryan, Thompson! Just what we’ve learned to expect from you!

This just in: “Black Mamba” mayor John Bruno’s hand-picked appointee, front-office lackey Annette Demitraszek, who sidelined Kris Bernacky as Ravena village clerk/treasurer is playing stupid games while attempting to avoid responding to New York State Freedom of Information requests. She first started her idiotic games by taking incredible amounts of time to respond to FOIL demands; then she tries to tell the requestor that the issues are very complex will require a great deal of time to process. Then she tries to use exceptions and exclusions to avoid producing but can’t tell you what exlcusions she’s talking about. Then it’s the “village policy” that documents responding to a FOIL will be provided only to the requestor (that one’s unique to Ravena). After trying everything she can to make it as difficult as possible to get production out of the village of Ravena, the latest one is “you haven’t picked up the stuff that’s been waiting so now you have to pay up front before we process any pending or future requests.” How stupid does it get? How can Demitraszek tell in advance what a request is going to cost before processing the request? Has the village of Ravena gone completely senile? Is dementia contagious now? We’ve known for years that the Ravena water supply is tainted but are the effects just now showing? Or is the effects of the heavy metal pollution from the Lafarge plant that we’re witnessing?  We all know that mayor John “Black Mamba” Bruno would never appoint someone “smarter” than he is to any position in the village government but really, how has he found someone more demented than he is? This is really getting scary!

It seems that the apparently permanent fixture at the Committee on Open Government, Robert J. Freeman, is a bit senile himself. He seems to be falling for the stories Demitraszek is feeding him and is so stupid he swallows it all and gives “opinions” over the phone. Then those crackpots in Ravena town hall puke it back up putting their own spin on it. Either Freeman’s corrupt or just plain stupid to be falling for their crapola.  We have been informed that this will likely become another lawsuit against the Village of Ravena. How long will their insurance company keep sending them attorneys? How much longer are Ravena taxpayers going to put up with this?

2 responses to “Caribbean Jerk Off Championship…Am I reading this really?”