The RCS Sports Association is selling Raffle tickets for something they don’t have: permission to build a new concession stand. Have they done all the preparation necessary to get permission for the stand? Or are they operating illegally again. Is it time to get their non-profit status taken away permanently? 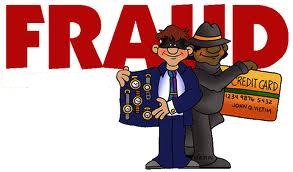 Operating a concession on RCS CSD property, public property, is open to anyone or any organization that satisfies the RCS CSD standard policy for operating a stand or booth on the property. It does not grant monopoly status. Furthermore, the last time we heard, to operate a concession on the school property you had to go through the formal proposal process, provide up-to-date documentation of your organization, your officers, your financial status, your tax status, detailed operation plans, insurance coverage, etc. Our investigations show, at least up to the time of this posting, that none of the above has been done by the District or by the RCS Sports Association. Why not?!?

We have purchased a RCS Sports Association raffle ticket for $20. The tickets are allegedly being sold to raise funds for a new concession stand. Now that we have a ticket in our possession, we need to ask several questions:

Our investigations have shown that apparently

Isn’t the District procedure to request proposals for such a project or for concession operators? Or has that procedure been waived (= forgotten) for special cases?

Has the RCS Sports Association filed all the necessary paperwork to operate on RCS CSD property, public property? As public property, there is no such thing as favoritism and anyone who can satisfy the requirements, the same requirements applied to the RCS Sports Association, can operate a concession on the school property. Right? So maybe we all should go out and sell raffle tickets for our hotdog stand, or our pizza cart, or our nachos booth! Sounds like a plan if we all operate like the RCS Sports association! 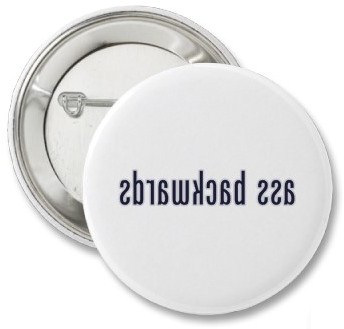 The Only Way RCS Knows

We are asking the RCS CSD why this situation exists and is allowed to go on. Haven’t we learned anything in the past about how the RCS Sports Association operates? Has the RCS CSD again lost control of this gang who are not officially associated with the school district yet act like they’re running things?

One of our readers asked about the rules attached to the ticket, so we’re reproducing them here and commenting on them below:

(1) Winning numbers are determined by the three “3” numbers of the NEW YORK State Evening Pick – 3 Lottery as matched to the number appearing in the box located on each calendar. Each calendar acquired will have a unique 3 – digit number. (2) All cash winnings will be determined by the amount of money indicated on each day of the calendar. (3) All numbers are played straight as drawn. (4) All winners will be paid in a timely fashion. (5) The State of NEW YORK may have bonus days. On those days, the first three “3” digit numbers corresponding to the “Evening Pick – 3 Number” drawn will be honored. (6) The organization will determine each winner from the numbered information sheet completed with the acquisition of each calendar. (7) Each information sheet must be filled out accurately at the time of donation and winnings will be administered by an authorized representative of this organization. This fundraising project is in no way related with the lottery of any state and nothing has been bought or sold. Donations are made and random prizes are selected using an impartial random number generator. For further information about this fundraiser, please contact Jena Misuraca at 518 – 522 – 4776 or rrornrrajena@gmail.com Sports Information Media         http://www.sportsinfomedia.com

The RCS Sports Association Raffle Ticket is a Mass of Contradictions:

The ticket (see the illustration above) clearly says that the person is making a “$20 donation.” It does not “suggest” a $20.00 donation but states that the donation is $20.00. In other words, if you don’t “donate” $20.00 you can’t participate. This means that the “price” of the ticket is $20 and you are paying for or purchasing a ticket which allows you to participate.  Unless the RCS Sports Association is not making the “donation” optional or accepting any amount for the ticket, the “price” of the ticket is $20.00. In other words, the RCS Sports Association is selling you a ticket allowing you to participate and you are purchasing that right to participate for $20. This logically contradicts Rule No. (7) which reads in pertinent part: “nothing has been bought or sold.” So, having bought a $20 ticket, shouldn’t the RCS Sports Association be collecting sales tax?

Rule (1) seems to be stating that the winning number will be the number drawn by the NYS Evening Pick – 3 drawing. That means that at least 999 tickets have to be sold by the RCS Sports Association to cover the possible numbers drawn on any evening. What it does not say is that if 999 tickets are not sold –  – say only 150 tickets are sold at $20 each to cover the promised “more than $3000” possible in prizes, at least 849 numbers will not match and will have no winners. The odds are very, very slim for your $20 investment. Each calendar has only one unique three – digit number so the odds are still pretty slim. In order to cover all possible numbers between 000 and 999, at least 999 tickets have to be sold.

According to Rule (2), it looks like the RCS Sports Association has budgeted a total of about a maximum of $375 in possible payouts each week. What if they don’t make the sales to cover 8 weeks of possibly $375 obligations per week or more than $3000 in possible payouts? Are they promising more than they can offer? Or is Jena Misuraca going to cover any shortfalls?

Rule 3 is pretty straightforward— we think but we can’t know for certain—, if the numbers 1, 2, and 3 are drawn on a particular day, the holder of unique 3 – digit number 123 is apparently the winner on that day; in other words 321 or 132 etc. will not be paid. What is implied is that there is only one possible winner on each day but then that would not cover the full possible range of 899 possible 3 – digit numbers that could be drawn; if it did, the possible winnings would exceed the total of at least $3000. So the deck is stacked against the buyer of a ticket. To cover the $3000 possible total winnings at least 150 tickets have to be sold at $20 each just to break even. But the deck is stacked because there are 61 days on which only 1 purchaser can win each day. This means that out of the 999 possible numbers drawn, there can be only 61 winners (June has 30 days and July has 31 days  =  61 days x 1 number and 1 drawing per evening). So theoretically, if the barest minimum number tickets (150) are sold to cover the $3000, only 61 persons can win out of 150 total tickets sold and that’s out of a possible total number of 999 possible numbers that can be drawn every evening! The odds are not good, they’re infinitessimally bad!

And the statement “61 Chances to Win” is not only misleading but mathematically inaccurate!

We loved Rule (4): “All winners will be paid in a timely fashion.” But what exactly does it mean? Paid immediately. In a week? In a month? In a year? “Timely fashion” is a bit vague and ambiguous.

Rule (6) mentions that “The organization will determine each winner from the numbered information sheet completed with the acquisition of each calendar.” Wait a minute. Didn’t we just read that winners are determined by the NYS Lottery Evening Pick-3? What’s the deal now? I don’t recall having provided any information nor having received any information sheet. Normally the numbers on the ticket would be secret until the purchaser scratches the film off. It seems that if there is a “numbered information sheet,” the numbers are not secret. There’s a problem with this, since the winning numbers are not being drawn locally but relying on the New York State Lottery Evening Pick – 3, the sellers of the tickets don’t need to know who has what number.

The rules also state that the “winnings will be administered by an authorized representative of this organization.” (Rule 7). I’m not sure how to understand this statement that “winnings will be administered by an authorized representative” of the RCS Sports Association. If anyone has any clue what this means, please help us. Rule 7 goes on to say that “Donations are made and random prizes are selected using an impartial random number generator.” This cannot be correct. First of all, whether the “donation” is really a donation is questionable. And the donation I made was certainly not made by “an impartial random number generator,” it was made by me, an impartial blog owner! And the prizes are not randomly selected, they are specifically set for each day of each week of the months of June and July, very regularly: Sun. $75, Mon. $40, Tue $40, Wed $40, Thu $40 Fri $40 and Sat $100 ($375 per week). There’s nothing random about the prizes, which are not really prizes, but awards. The RCS Sports Association is talking Double-Dutch, double-talk where I come from!

Another disturbing point is that nowhere on the ticket is the RCS Sports Association clearly identified as being the operator of the so – called “raffle”. Furthermore, nowhere on the ticket is any statement made to the effect that the proceeds from the raffle will be used for the purpose of building a concession stand, much less exclusively for that purpose.

The ticket does not properly notify the purchaser that the RCS Sports Association is allegedly operating as a non – profit organization—Is it a non-profit?—and it does not give the organization’s registration number.

The ticket does not properly notify the purchaser that the claims made on the ticket are indemnified by any kind of insurance, should the RCS Sports Association be unable to make good on its claims.

“Sports Information Media provides customized professional-looking printed sports products and is the industry leader in high quality carbonless, multi-part lineup cards and roster cards for any sport. If you don’t see what you want, give us a call and we can make it for you.”

So what exactly has this Sports Information Media company or whatever it is have to do with the alleged concession stand or with the RCS Sports Association. That’s yet another question that needs to be answered.

There are too many contradictions, too many loose ends to satisfy even the most gullible resident in the RCS school district.

Our advice to the RCS Central School District is: Keep you distance from this one and stand by your established policies for proper credentialing of any applicant, complete applications, deliberation, voting  by the board, and public bidding!

In addition to all of the above, how is the RCS Sports Association complying with IRS tax laws relating to the winnings? Who is liable for the tax? There is no statement covering the tax issues on the ticket. Is the $20 donation tax deductable? Is the $20 price for the ticket subject to sales tax? Are the winnings subject to tax? Are the revenues made by the RCS Sports Association being reported propertly? This sounds like a very messy operation, if you ask me!

We’d like answers to these questions. How about you?

In the meantime, Wanna buy a raffle ticket? 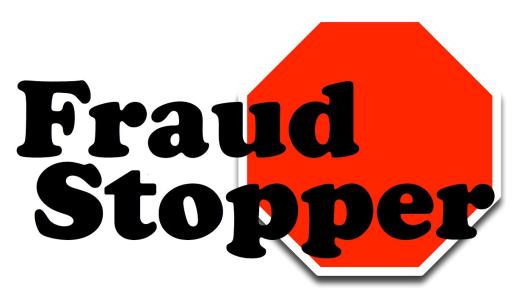 Be One!
Help Clean Up RCS
The Editor