Update: 1 Jan 13. Mr Michael Fisher has responded to this article. We have published his response in its entirety with no edits in the Comments section. Please read all the comments to this article.

We’re All Territorial and We Do Have To Consider Appearances and Impressions, Don’t We?

So what do you think you would say or your neighbors would say if, at the Four Corners junction on 9W in Ravena, the Bethlehem Center Sports Association were to set up shop, stop traffic, delay your trip home, while they’re collecting money from your RCS neighbors to fund their Bethlehem sports agenda? You’d probably say to yourself, “What in hell are they doing here? Get back to where you belong!” It’s only natural.

Bethlehem Center, NY (December 29, 2012) But that’s the situation we observed when approaching a long line of stopped cars and noting some fluorescent figures moving about in the intesection at Bethlehem Center at 9W and  Glenmont Road. We were doing errands and anxious to get home and thought to ourselves, “Oh, NO! Not an accident!” As the traffic inched towards the light we say that it wasn’t an accident but several people stopping cars and holding out containers. Now I thought, “Who are these people stopping traffic at a busy intersection, causing this back-up and delay?” Then a sloppily painted sign caught my eye and I felt really embarrassed: “Support the RC Teen Center!“

Begging on Foreign Turf?
Not the right kind of attention we need.

I was not embarrassed for what I had initially thought about the persons holding up traffic and holding out “cups.” That point was confirmed: it was a bunch of people collecting money. I was embarrassed because the fluorescent-vested speedbumps were apparently from Ravena-Coeymans, collecting money from people who obviously were out doing business, they were holding people up, stopping cars, asking for money, were making a pretty shabby appearance (and the sloppy sign didn’t help!). They were begging for money not in Ravena, Coeymans or even Selkirk but deep in the Town of Bethlehem! That’s why I was embarrassed.

Here we have Mr Michael Fisher, who is from Guilderland, coming to Ravena and renting the old Fire House on Main Street. There he establishes the so-called RC-Teen Center. Why? Because he’s concerned that teenagers in Ravena and Coeymans have no place to go and wants to provide a venue where they can stay out of trouble. Nice thought. Do our Ravena-Coeymans parents and schools need a third or even a fourth party to step in and take over control of our apparently out-of-control teens? (From what I hear, the Glenmont and Bethlehem communities have many, many more teens and they need a bit of controlling, too!) Question: Why does Mr Fisher feel the Ravena-Coeymans community needs his presence as if we were a marginalized inner-city ghetto? (More questions below…)

So who is this Mr Michael Fisher? No-one seems to know a lot about him except for what he publishes on the RC Teen Center website. But Mr Fisher is allegedly a business person and has taken certain risks on his own initiative to create the teen center, which is not free to all comers. Mr Fisher is charging an admission fee to get in. So you say, “Big deal! Why shouldn’t he? It’s his investment.” I agree!

But now we see the teen center advertising an  A.S.A.P. program, too. That’s a program along the lines of the After School Activities Program that has been under fire in the past couple of months. It seems that Mr Fisher is trying to corral the Ravena-Coeymans teen population and form a day-care internment center in the middle of Ravena.

Is This Our Teens’ Image?

But the question that keeps cropping up in my mind is this: Who is Michael Fisher and why, if he’s from Guilderland, has he taken such a shine to Ravena-Coeymans teens? And why does he feel he has to be the Mother Theresa from Guilderland? What does Mr Fisher think we in the Ravena-Coeymans community are so lousy at? Like supervising the few teens we have left and we need a Mr Goody Two-Shoes from Guilderland to come in and take over for us?

That may sound really unwelcoming to some but that’s what happens when nobody knows nothin’ about sumpfin’ new in the neighborhood. There are a lot of questions, some in good faith, some that arise from the suspicion born of a lack of openness.

In a recent article we asked a number of questions regarding the RC Teen Activities Center and its connection with the Fairback & Fisk Inc. enterprise, you know the company that opened the “failed” fitness center at 172 Main Street, in the old Firehouse. The same bunch that sold $37,000 in used fitness equipment to the brilliant village of Ravena. Shady start, right?

Well, since then, the RC Teen Center staged its “Grand Opening” on December 14, from 6 p.m. to 10 p.m. And since then, few if any questions have been answered. And since then we find that Mr Fisher is advertising an A.S.A. P. program, too.

And since then, Mr Fisher’s RC Teen Center is putting RC Teen Center people at a busy intersection in Glenmont collecting coins in support of the RC Teen Center! Can’t Ravena-Coeymans support it’s own RC Teen Center? Why does Mr Fisher have to make a public spectacle in Glenmont? Was it really worth it? Where was the village of Ravena and the town of Coeymans in all of this? Was there any discussion, communication? Is there any oversight of this operation bearing the implied endorsement of both Ravena and Coeymans and apparently taking over supervision of both communitíes’ teens?

Before we find ourselves facing another scandal at the hands of our illustrious Times Useless and the Coeymanazis have another throat to cut (I can hear the howls and growls already coming out of their dark world), we need to get some clarification on this RC Teen Center and its staff and make it public (H-e-l-l-o-w Ravena News Herald, are you awake?).

What’s also quite disturbing is that there is absolutely no information on the people running the place. The mission statement is not really a mission statement and says little or nothing about the plans for the future. Who are these people and what are their intentions? Sure, three have been a couple of short media reports but nothing of real substance, just the sort of stuff a paper would use to fill some space they couldn’t otherwise well to advertisers. And the factual information is pretty scanty. So now we’re asking.

Is the RC Teen Activities Center, as a community organization intended to benefit the 13-17 year old age group, registered with the Albany County Department of Children, Youth, and Families, Youth Bureau? If so, To do what? If not, WHY NOT? 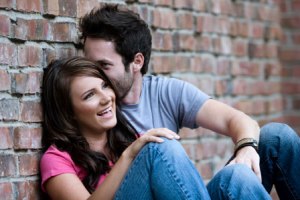 Parents Might Know Where they Are but Do You Know What They’re Doing?

Rather than a fitness center, maybe the village of Ravena should have created a Youth Center, similar to what the Library once had in the activities room, the same space that mayor John T. Bruno took from the library to store his fitness equipment! Doesn’t it make sense that if an outsider could see that Ravena Coeymans teens needed a place to go that that bunch of geriatric fitness nutz on the Ravena village council and their Coeymanazi friends would have seen the same thing and created a teen center for the poor, deprived, bored, wayward teens of their community. Nah! They’re too busy robbing the community blind!

So, good people, what I’m looking forward to seeing in one of our local rags is a factual, informative, complete and accurate article answering all of these questions and others about the RC Teen Activities Center. No trashing, no scandal, just plain, clear facts and answers to some very important and legitimate questions.

We demand that the Village of Ravena, in the person of mayor John Bruno,  and the Hamlet/Town of Coeymans, in the person of supervisor Stephen Flach, step forward and inform this community why the village and town never discovered this apparent pressing need, why the village and town do not have a qualifiedYouth Affairs Officer (and NO! I don’t mean some police officer!) and why we need a fitness center and not a youth center! We demand also to know how the village of Ravena and the town of Coeymans, obviously benefiting from the RC Teen Activities Center are supporting the efforts of the RC Teen Activities Center by perhaps granting public funds to its operation. After all, it’s the community’s responsibility to take care of its own, isn’t it? Perhaps the village of Ravena and the hamlet/town of Coeymans would also like to comment on why the RC Teen Activities Center had to do their coin-drop fundraising in the town of Bethlehem, at the four corners in Glenmont. We’d be very interested in hearing some of these answers, too.

But for the moment, the ball is in Mr Fisher’s court to answer the questions we have posed in this article. And he must answer them all and be up front or risk the usual scandal and ultimate failure some in this community are just drooling to see happen. Your choice, Mr Fisher.

We Need Some Questions Answered, NOW!
The Editor

Editor’s Note: There seems to be a lot of confusion regarding Mr Michael Fisher’s origins and we can’t seem to find anything on him in voter lists etc. If anyone has reliable information on where this man comes from, please let us know so we can make appropriate corrections. We really don’t understand why it should be so difficult to get a bearing on this Michael Fisher. We are waiting for word from the village of Ravena Offices where we have made an inquiry.