RSS
← A Country of Laws, Not Justice!
Have You Lost Your Voice? I Can’t Hear You! →

The Coeymanazis Went On and On About Parents Filing Grievances and Complaints Against the RCS School District for Good Cause–Their Children Were Being Abused! 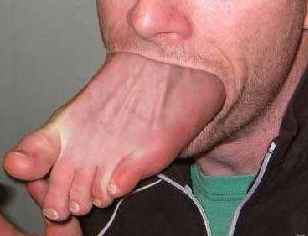 Miller’s Big Mouth Gets Him In Hot Water…
AGAIN

But now what have the Coeymanazis to say? Now that their darling double-dipper teachers union president Matt “the Mutt” Miller has allegedly filed a grievance against Guess who?!? The RCS school district!

And Why? Because the district decided not to continue paying him $10,000 in addition to his teacher salary just to tell people to switch off the lights! Yes! Matt “the Mutt” is pissed because he’s not getting his cut of the school budget his cronies and the Coeymanazis steamrolled through the vote.

What do you have to say now, “Dirty-Hands Jerry” Deluca? And what about you, Coweymanazi Cluck Cathy Deluca? Nothing to say, Coeymanazis? (Cathy Deluca is probably licking her wounds with Nancy Warner in the wake of the recent thrashing we gave them regarding their crooked conspiracy in senile Ravena Mayor Bruno’s  Cow-eymanazi Fitness Center! Another Deluca recipe for failure…) Any more secret meetings in the park with Tom Dolan, Jerry? The Coeymanazi spotters are out spotting so watch your step!

Not only was Matt Miller shamelessly collecting a full-time teacher salary for part-time teaching–he was and still is getting paid by you to serve the teachers union–he was also soaking the district for an additional $10,000 being paid to him for acting as so-called energy manager during the same time he was (1) supposed to be teaching, (2) doing his union work, (3) playing at energy managing. Now he’s got the gall to complain and file a grievance because the new majority on the board of education said Enough, Mutt! Once the teachers on the board were in the minority, the new non-teacher majority could make some changes for the better. And one of the first things they did was get rid of the plum energy manager position.

Miller has a reduced teaching load so that he can do his teachers union work. But the teachers union isn’t paying him, YOU ARE! And do you think he’s protecting students’, parents’, residents’ interests? WRONG! He’s protecting the teachers’ interests and they run pretty counter to anything you might have in mind. And so now he’s filed a grievance against the school district…against YOU for YOUR tax dollars….just what he and the rest of the Coeymanazis were using against hardworking parents whose children were being abused at the hands of pervs like … . But it’s OK for Matt Miller because he’s one of the in-crowd. NOT!

Miller was also involved in provoking bullying of students at the high school and was, until he got an ass-kicking by Superintendent Dr McCartney after Miller’s most recent major stupidity performance at the November 6 board of education meeting. Buzz is that Dr McCartney had a one-on-one with Miller and read him the riot act–Shape up or ship out! Stop your stupidity! 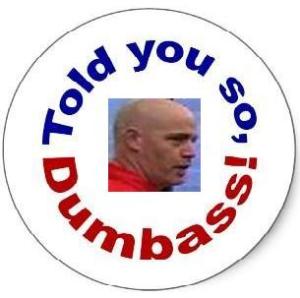 Looks like Dr McCartney is running a tight ship, too. The clowns and cows were under control at the November 6 meeting. No sloppy bloated cows standing on chairs and shouting, no uproars from the mob of unwashed Coweymanazis in the gallery. They were real quiet…after Dr Mc Cartney allegedly held some meetings with certain individuals (do we need to mention names?). So far, so good, Dr McCartney. You got their numbers real quick. Congrats!

It’s such a pleasure not to see that sock-puppet Betsy Smith grinning stupidly at the rabble-rousers as they disrupted meetings. It’s such a pleasure to see Alice Whalen, Howard Engel, James Latter, and Edward Reville cowering behind their laptops. The era of jackass dumbass crowd is ended! 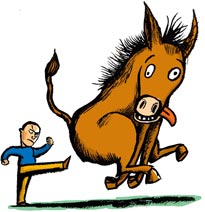 And you didn’t read in the Times Useless about how when the teachers clique (Whalen, Engel, Traver, Latter, O’Connor, and loudmouth slugs Jerry and Cathy Deluca and their mob) was the majority they were more than $2 million over budget? Of course not! And you also didn’t read in the Times Useless that the present board non-teacher majority is more than $2 million UNDER budget! That’s right. The present board majority that the Coeymanazis and their puppet rag the Times Useless have been crucifying has already started their magic and is saving the district millions!

Thank you! Ms Sylvester, Mr Vadney, Mr Robbins, Mr Lukens, Mr Krzykowski! And once again, WELCOME! Dr McCartney! You’re proving to voters and residents that you were the right choices to get this district out of the dung heap the teachers clique and the Coeymanazis made of this community!

So, dear readers, good things are finally happening in the RCS district with a non-teacher majority and a new superintendent! We can already see the light at the end of the tunnel!

Keep Cheering the RCS Champions On!
Your Editor

Now all we have to do is support Coeymans Supervisor Steve Flach and get rid of the Coeymanazi enforcers in the Coeymans P.D. and save almost $500,000 a year in the first four years and more than $700,000 in the fifth year, according to Albany County Sheriff Craig Apple’s estimates! You Go! Steve!

P.S. Did you know that once you’re posted on this blog you’re famous forever? Just google one of the keyword terms or one of the names posted on this blog and you’ll see how powerful this blog really is. Just look at the number of Smalbany hits you get at the top of the results pages. We’re big and getting bigger! We’re HUGE! And we owe it all to YOU, our loyal readers, all 82,000+ of you!

← A Country of Laws, Not Justice!
Have You Lost Your Voice? I Can’t Hear You! →