We welcome you with open arms, although you’ll find most hearts and minds (what few functioning ones there are) in this district closed to anything new or positive, which might threaten the chronic stagnation here, and we would like to take this opportunity to offer some well-intentioned advice and provide some caveats.

First of all, the way has been paved for you with broken glass and rusty nails, thanks to the vociferous group we have aptly baptized the Coeymanazis. The Coeymanazis are a loosely knit group of self-serving, nay-sayers who will brutally attack anything not part of their narrow-minded and myopic agenda and anyone who might expressly or impliedly differ from their backwoods and Neanderthal opinions. Their idol is Mammon and they celebrate the cult of mediocrity. 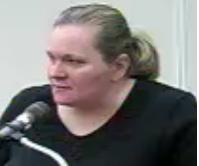 Main Street Ravena is the result of their mentality and may the gods help you if you’re a businessperson in the RCS district with any notion of freedom of speech. Take for example, the bipedal bovine Donna Leput-Hommel, who promised on the Pieter B. Coeymans PTO FaceBook page to “punish them with our checkbooks” if they voted against the 2012-13 school budget. (She is the infamous one who had to be asked to leave a business persons’ meeting because she was out of order, and her behavior less than adult.) As for residents and parents who dare exercise their Constitutional rights, there’s been plenty of coercion, retaliation, intimidation, and bullying to ensure silence and acquiescence. Under past superintendents, who simply hitched a ride and jumped ship when it was convenient, the rule was business as usual.

You’ve already had a taste of the typical welcome offered to anyone who even remotely threatens the status quo of deceit, harassment, hypocrisy and backstabbing that has become the trademark of this district.

Under past boards of education, the same applied because the teachers union and the teachers clique on the RCS CSD board of education ensured the the game rules were their own. There was plenty of graft and corruption and plenty of favors to go around. After all, they controlled the purse strings, that is, until the auditors recently caught up with them.

The present RCS CSD board of education is now split between the minority teachers clique and the majority RCS business-group. It’s important from the outset that you understand that the Coeymanazis back the teachers clique, and stop at nothing to ensure that every appearance is made of dysfunction. That way they can always count on the local rag the Albany Times Useless to report on the scandal, enlist the aid of the local sociopaths to provide strikingly personal and toxic comments on the Times Useless blogs, and so ensure that the RCS Central School District remains a backwater dysfunctional laughing stock plagued with scandal, corruption, and retaliation.

You’ve really stepped into a nest of vipers, Sir, but your record is one of a stalwart, intrepid, competent, and progressive executive who takes no shortcuts to clean house and run things by the book.

The district is plagued by corruption and retaliation. The Coeymanazis have in the past made many promises, never were able to keep them, but because they’re made of non-stick plastics, thanks to sitting BoE member James Latter’s connections with Sabic plastics, they have managed to stay relatively unscathed (this is due in part to the unprofessional and disrespectful conduct of the teachers clique on the BoE and the unwashed in the gallery). The fact that the last superintendent, Elizabeth R. Smith, was one of them didn’t help, and the fact that the job was absolutely bigger than she was almost lethal to the district. (That’s why no one in the media points out the fact that she was hired to a job that was beyond her competence only to enhance her pension! Being in the club has its perqs.)

You’ll soon learn the names of Cathy Deluca, Gerald “Dirty-Hands” Deluca, and others in the Coeymanazi clique. Matt “the Mutt” Miller, president of the RCS teachers association, known teacher bully, past double-dipper, close ally of the teachers clique on the RCS BoE is one to keep your eye on. Your athletics coaches like Ron Racey, Gary Vanderzee and their minions have a less than desirable reputation when it comes to student and parent abuse.

Organizations who thrive on the implied endorsement of the RCS CSD like the so-called RCS Sports Association and the RCS Bottle Blitz need to be tightly monitored and controlled. (In fact we demanded that a public statement be made by the district distancing itself from the two maverick groups but Smith never dared take that step.) FaceBook is where both Coeymanazis and vipers feed and nurture each other on sites like Save the Arts at RCS, RCS Sports Association, RCS Friends and More, and the Times Union Blogs. (In all fairness, the Save the Arts, Sports Association, and Friends and More sites are populated by some very dedicated and caring people, but regrettably the sites are  frequently misused and become soapboxes and grandstands for the Coeymanazis, too!)

In the past year, this district has been subject to every conceivable indignity possible: It is delusional and thinks a 77% graduation rate is superior (it is to small minds). The corridors, classrooms, and playing fields are playpens for bullies; the bullies are not just students but include teachers like Matt “the Mutt” Miller, sports coaches like Ron Racey, Gary Vanderzee and his sub-human assistant coaches. The administrators are worse still and have done practically nothing in terms of facilitating the provisions of the Dignity Act.  In fact, recent weeks have brought to light outrageous misconduct and student abuse at the hands of even transporation personnel!  Bullyingat all levels is alive and well at RCS. This is due, in part, to the incompetence and indifference of the last superintendent.

We sincerely hope that the parents of those suffering at the hands of teachers, coaches, and students will come forward either publicly or confidentially to apprise you of the scandalous situation here in the RCS CSD.

The norm has been to go after the kids to punish the parents. Yes, it is cowardly, but it is true. That’s one of the many reasons why the district is facing numerous lawsuits. 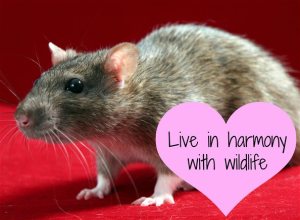 You’ll have to learn to live in harmony with the local wildlife, as repulsive as that may first seem to anyone with a whit of integrity. But you are faced with the major task of taking control of a pack of starving rats, corraling them, culling the rabid ones from the pack, and re-training the rest. You are faced with the daunting task of establishing new standards–there are no old standards to re-establish–for accountability, responsibility, and transparency. You are about to confront the challenge of your rich and rewarding career in that you are going to have to identify and mark the wolves in sheep’s skins, traitors and saboteurs in this district and render them ineffective. Once that is done, you can then address the unwashed and educate them–that’s going to be a handsome task given the years of literal brainwashing to which they’ve been subjected by the Coeymanazis.

You will be sickened for certain by the delusional detachment of most residents, a deplorable group of parents who feel that they are entitled to daycare services (the A.S.A.P. program headed by whiner-in-chief [with the support of the Coeymanazis], Alice Christiana, for example) so that they can avoid parenting and continue as working parents, with the assurance of knowing they don’t have to be with the kids. (See our article, Attack and Backpedal! Teacher’s Clique Bites and Backpedals!) Yes, Sir, that’s apparently what they believe: That they are entitled to after-school activity programs from the schools here, and expect that the program operators need not pay rent or pay for the use of the facilities. It’s all part of the RCS dementia disorder, the political agenda and misinformation that calls this district home.

You have entered the realm of lawlessness and the land of never-comply-with-policy/procedure. It’s a literal Twilight Zone and Rod Serling would have been proud to have penned it! You will have to undertake a review not only of internal accounting practices in the district, taking into account the recommendations of recent audits, but you will be called upon to enforce existing policies and procedures. Be assured the opposition will be merciless and relentless, they’ve been too corrupt for too long to give up their stranglehold easily.

The positive side to this base-metal coin is that you will be welcomed by a largely silent majority. Once you have established yourself and you have convincingly reached out to the majority who have been suppressed for literally decades, when you can establish yourself as the chief executive in this district and call it back to order, when you have taken command of the helm of this floundering ship and control its rudder, only then will you be able to do the magic you did in your many years at Vorheesville: bring the graduation rate up to the high 90s and streamline the district.

You will have our support and the support of the majority in this district, despite the foul-mouthed disrespect and unprofessional rantings of the Coeymanazis and the teachers clique. There will be scepticism but it will be manageable once they see the light at the end of the tunnel.