The Times Union is Continuing Its
Disgraceful Abuse of the Public Trust and Misrepresenting Facts.

And a small loudmouthed minority of you go around bitching about the blogger this and the blogger that, and the blog! So far, my dear friends and neighbors, this is the only place you have been able to read the facts, the truth, and what’s more, everything you read is supported by verifiable sources! So what’s your beef, people? Too much truth and not enough misinformation?

Well, if That’s Your Problem, You’ll be Pleased to Know that the Smalbany Times Useless is Continuing to Make the Ravena Coeymans Selkirk community the laughing stock of the entire depressed and provincial Capital District.  You really need to ask youself, citizens, residents of Ravena, Coeymans and Selkirk why is it that the Times Union is picking on you and your community as if there’s not enough to find in the New York state governor’s mansion, the State Legislature, in other school districts across the region. Why is the Times Union so obsessed with Ravena, Coeymans, Selkirk? Is that all the news there is in the Capital Region?

Time To Tell the Rag
ENOUGH!!!

When is the School Superintendent going to protest the lambasting and scandalizing of her district? When is the Times Union finally going to get some ethics, some decent reporting skills, some integrity, some balls and go after the real problems in the Capital District, in the State Legistlature, in the Albany County District Attorney’s Office!!!

When are YOU going to finally take a stand?

It’s Obvious: The Albany Times Union Is
Bullying US, the Average Citizen!
Where are its real interests?

Have you ever wondered that the Times Union hasn’t reported a thing on the real corruption in our community? The Coeymans Police Department, the Coeymanazis who pushed the 2012-2013 school budget, the teachers and teachers union who staged the performances, for lack of a better description, by students in and around the voting area, the double-dipping, the fact that when all of the craziness was going on it was the teachers, the teachers spouses, and the teachers union who had the majority on the RCS school board! Doesn’t anyone hear that? Read it again! Now do you understand?

Those blind prostitutes at the Times Union, instead of praising the RCS CDS school board for making courageous decisions once the citizen/resident side got the majority, crucify the board members who were duly elected by this community.

Instead of praising the board of education members who voted to give Matt Miller his walking papers, that’s the teacher who pulls $88 grand out of the district in salary, who works a reduced teaching load so that he can take care of union business at taxpayer expense–no state department allows an employee to do union business on state time and pays that employee–but the RCS central school district does. And then, when the sitting citizen/resident side of the board under the presidency of John Vadney gives the parasite the boot, and refuses to renew Matt Miller’s position as “energy manager” and refuses to pay him an additional $10 grand on top of the $88 grand he receives in salary, the Albany Times Union sides with the crooks, and blasts the RCS board of education.

The Delucas are posting all over the place on social media that poor Matt “the Mutt” was a victim, that it was not good sense, not right, but personal and a political move, when the RCS board of education opted to save this district $10 by not renewing a useless position that was being misused by the district crooks to reward an insider, Matt Miller, president of the RCS CSD teachers association. How corrupt is that?

Who in hell does the Times Union think it is telling this district how to run its affairs. It’s this district that will solve its own problems and it doesn’t need the Smalbany Times Usless’ help to do it.

Don’t you wonder who’s behind all of this crapola? Who it is that’s perverting the facts, and what’s in it for them to make this community look like a gaggle of inbred woodchucks basking on a dung heap of a community? Someone must have an “in” and is getting special service from the Times Useless to have them mess up the facts so criminally, and conspicuously  avoid reporting on the real problems.

But the gnawing question is: How can a well-established regional newspaper be so stupid? You’d expect that sort of unprofessional behavior and indifference to the truth to be something you’d see in a small-town, mom-and-pop rag that would foster local feuds and biases. But to have a Hearst Corporation company act so imbecilic and so irresponsibly? They all need to be given their walking papers!

Now some giant dork of an editor at the Times Union gets on the bandwagon–but we have noted that she or he didn’t identify him or herself in the article, there’s no by-line– and is insulting the whole damned RCS community in a Sunday editorial.

Haven’t You Noticed Anything Yet?

And hasn’t anyone asked the question why John Vadney is getting all the attention in this fraudulent aggravated harrasment frame-up? Wasn’t Dirty-Hands Jerry’s good friend Josephine O’Connor the source of all the lunacy in the first place? Wasn’t it Josephine O’Connor’s father, Joseph “Joe” Tracey who accosted a local business woman and threatened her and her family?  Wasn’t it Joe Tracey who got himself arrested by the Bethlehem Police? Did you ever ask why it had to be the Bethlehem police? Wasn’t it Joe Tracey who got slammed with a protective order to keep John Vadney’s family from harm? Wasn’t it Joe Tracey who admits in a sworn deposition that the morning after getting slammed by a Town of Bethlehem judge with an order of protection to stay away from John Vadney’s home that Joe Tracey actually violates the protection order, drives to Vadney’s home, sees the police there, and then takes off? Did you every ask how Joe Tracey or was it Deluca, as a favor to his  dear little pet Josephine O’Connor, who took Joe Tracey’s complaint and sent the Coeymanazis to arrest John Vadney–in violation of Judge Jordan’s order of protection! No police in the civilized world would have actually arrested anyone on such idiotic grounds, but the Coeymanazis did. And you didn’t ask why? And you didn’t ask who gave the orders?

There are obviously very good explanations for all of this: What good would it have done the Coeymanazis to take the businesswoman’s complaint and arrest Joe Tracey for his misconduct. Answer, in case you need help with it : NONE. But did you ask why the Coeymanazis responded so immediately and so totally to Joe Tracey’s fraudulent complaint? It was all a conspiracy, a set up to get rid of citizen/resident board members and to keep the teachers majority. Once the they got rid of the citizen/residents–look how many times and how they’ve consistently tried to get board members to resign! It was almost a regular occurrence! They have cooked up so many scandals and half-truths to get public backing and they, the Coeymanazis, still failed.

But if you can frame, set up a prominent leader on the board of education, that, my friends would be a real blow to everyone.  And so, in their insane logic, they keep repeating the same idiotic mantra and the Times Useless keeps printing it like a good tabloid should, hoping that somehow, if you hear it enough, you’ll believe it. Don’t let that happen! For your own good! For your own self-respect! For your own survival! 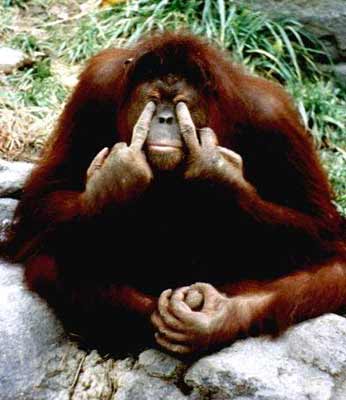 Then the vote YES! bunch got the 2012-12 school budget approved by the board of education by the teachers majority at the time, saddled the community property owners with an additional 6.8% tax levy, pulled at everyone’s heart strings with the shroud of “it’s for the kids,” did everything that the RCS community is now being investigated for, and now they and the Times Useless are trying to shift the public’s attention to everyone but the guilty ones! Are you RCS citizens/residents totally missing all of this?

The Coeymanazis and the Delucas cry, “Get rid of Vadney, the  Lukens, the Robbins, the Krzykowskis, the Sylvesters (yeah, they have already been attacking Judy Sylvester!) on the board!” Who do they suggest to take their places…some select Coeymanazies? Is that why are they are attacking Judy Sylvester, because she voted her good conscience on the board of education president and vice president, because she voted her good conscience on getting rid of Matt Miller and saving the community $10 grand! She’s on the blacklist now because she didn’t vote the Deluca way! Are you still missing the connections?

More than $41 is an awful big temptaion for those already in the school system and receiving the benefits of the school budget and the contracts that may come out of it. And you think that those standing to benefit directly or indirectly for their favors and support are going to let a bunch of normal citizens make decisions that may prevent the graft, corruption and thievery that’s been going on in this district for years…the swimming pool was just the start.

It’s really nutz. I just read on one of the social media sites one of our own residents, R.J. D’Esposito, big idiotic grin on his fat face, posting a link to the latest Times Useless smear of the RCS community! This is the same R.J. D’Esposito that Dirty Hands Jerry keeps in tow. Why would D’Esposito relish in passing such garbage on, and drawing more attention to that despicable RAG that it ever deserves. That’s like shitting where you eat…maybe he does. We’ve been  told that  the FaceBook bandits on “RCS Friends and More,” apparently run by the Coeymanazis led by Cathy Deluca, whose favorite phrase is: “Just ignore him,”  allow R.J. D’Esposito to post the TU links (is that little grinning weasel working for the TU, we wonder?), but on reader tried to get equal time for this blog as an alternate viewpoint and the “RCS Friends” keep on removing it.  Deluca and her minions apparently would rather publish the anti-RCS blather from the Times Useless than the truth and true facts. There’s your community leader Cathy Deluca, for you. Well, with “RCS Friends” like D’Esposito and Deluca, we certainly don’t need any enemies!

We just heard (July 16, evening) that Michelle Waldenmaier Koeppel, one of the administrators on RCS Friends & More (FaceBook) has gone on a deleting rampage and has deleted all of the “political” comment on the site. Her reasoning is because the site is only for “getting together and sharing good times.” Of course, we know the real reason for the tyranical purge, don’t we? Now the majority of posts are by Guess who? None other than Cathy Deluca!

Lord Jeezis! When are you people going to wake up and smell the burning toast? How much of a smoke alarm do you people need to start pumping water on your burning community? How much longer are you going to lie down, roll over, get kicked, and thank the abusers for the abuse?

Get smart and stop believing all of the shite you’re beeing spoon fed! This is really getting embarrassing and really frustrating to stand on the sidelines and watch you people get creamed!

You Need to Make Some Choices!
The Editor