RSS
← Retaliation Is A CRIME! Let’s Go After the Criminals!
This Is Your Town, Coeymans! Do you like it? →

Retaliation is a Crime: Part II

If you haven’t read Part I, Please go to Part I.

Retaliation Is A Crime! You Need to Run the Criminals Out of the Community! Only Then Will You Be Able To Walk the Streets, Drive Your Car, Speak Your Mind, Send Your Children to School with Peace of Mind! Get Rid of Retaliation in Coeymans and Live Your Lives In Peace! Learn What Retaliation Is and Complain!

When you think “retaliation” you must think of it in terms of how the law defines it. If you don’t use that standard definition, anyone you speak to or complain to won’t know whether you are talking about what the law protects you against. That’s the way it works. If you use the right terms and understand what they mean, you gain credibility; if you don’t, well, the criminals will rule.

So, when you talk or write about, or when you file a claim against a public official or department about retaliation, here is a good definition to work by:

A definition: Retaliation is defined and prohibited by a number of laws and is illegal, it is a crime. We are provinding a good working best definitions of retaliations as itis expressed in most lawas against retaliation and coercion:

(c) Illustrations of conduct prohibited by the laws against retaliation or coersion include, but are not limited to:

(1) Coercing an individual to deny or limit the benefits, services, or advantages to which he or she is entitled as a resident or citizen;
(2) Threatening, intimidating, or interfering with an individual who is seeking to obtain or use the goods, services, facilities, privileges, advantages, or accommodations of a public accommodation;
(3) Intimidating or threatening any person because that person is assisting or encouraging an individual or group entitled to claim the rights granted or protected by the the  United States Constitution or any of its Amendments, the Bill of Rights, federal or local laws, custom to exercise those rights; or
(4) Retaliating against any person because that person has participated in any investigation or action to enforce civil or constitutional, natural  or human rights.

Retaliation happens against students by teachers, against parents through their children, government through police or other agencies against citizens, landlords against tenants, employers against employee. Because people live in fear of retaliation and ignorance of the law protecting them, no one really knows how widespread retaliation and coercion is in communities, or how often it occurs; but the people experiencing it know it exists and how it affects them. You, reader, may be one of them so pay attention. You don’t have to put up with it anymore!

Yet, wherever parents or citizens gather and whenever they talk among themselves, the topic of retaliation receives lively attention.

Anyone who advocates for children  or for justice and fairness in the community or for freedom of speech or freedom of association as guaranteed under the United States Constitution can become the target of retaliation. (Individuals across the country are winning million-dollar lawsuits against schools, teachers, government, police for illegal retaliation and coercion.)

Retaliation or coercion is the act of using official power or authority or resources to illegally “punish” residents. The causes of retaliation are no mystery and there are two key ingredients: power and accountability – too much power and not enough accountabilty.

The mechanism that seems to trigger retaliation is effective advocacy. Retaliation occurs in an environment where officials view any opinions differing from their own or any questioning of their power as an unwanted imposition or as a way to develop an alternative power base or community action. When school officials or public servants translate their responsibilities and duties to citizens, residents, children and families into unquestioned, absolute decision making power over them. The profile of such officials can take two forms: openly hostile or smoothly deceptive, the latter preferring passive aggressive resistance.

Hostile officials on the other hand use their position as an instrument of power to openly intimidate and even punish citizens, students, parents, even groups. (Without what is called due process, this is a violation of the provisions of the United States Constitution and the Bill of Rights!)

Most people never encounter retaliation because they are “sheeple,” people who unquestioningly and stupidly accept anything they get fed. Those who do experience retaliation and coercion however, are usually strong advocates for citizens’ rights, the betterment of the community (advocates for cleaning up politics, change), special disadvantaged or marginalized people without power such as the poor, the elderly, children. Regardless, retaliation does occur and the fear of retaliation inhibits many citizens. This gives school and government officials and the police wide latitude to become dictators, tyrants, to do what they damned well please.

Patterns of retaliation can be classified into three levels. Level I, the most frequent, is low-level passive activity, with the goal of delaying the process. Level II is more overt; the goal is to scare parents. Level III is the form of open hostility and the goal is to punish you. Level III retaliation is rare, but costly, dramatic, and damaging. After you read the descriptions below, you’ll probably have no doubts that you have been the victim of retaliation and coercion!

Level I – Delay. The goal at this level of retaliation is to reduce your effectiveness as citizens, residents, or as parents effectiveness by passive resistance, such as the introduction of delays and obstacles in the many processes involved in responding to problems or to complaints. There are numerous ways officials can achieve this result. One is simply playing dumb. This allows officials to effectively ignore the law and your rights under the law. Another is “forgetting” to do things. An official may repeatedly forget to follow-up on a commitment, such as getting back to parents with further information, or fail to schedule further meetings without several reminders. Being “away from the phone,” so often that parents give up on some important issue is also effective. Yet another technique is overly technical interpretations of laws and regulations. Level I does not appear hostile, but it can be extremely effective.

Level II – Fear. Level II retaliation is not hidden. At this stage officials may appear to be openly frustrated and hostile. They will state that they won’t for example, allow you to have records or observe a process, or a class, or won’t permit certain kinds of activities. The list of “can’t do’s” is quite long. Most of it however, is bluff.

Level II retaliation is based on putting up a tough front in an effort to scare citizens or parents and reduce their advocacy. It is is all based on their expectation that you are ignorant of your rights and of the law. While it can be very effective, you can break through this barrier by learning more about the laws and regulations and simply insisting on compliance. Once past the obstacles, you will usually find that resistance is eliminated, because you will probably know more than they do (this is especially true when faced with ignorant village and town justices!).

Level III – Punishment. At this level, retaliation can get ugly, with officials or police openly threatening and actively trying to punish you. In this war-like situation, officials and police have a variety of weapons to choose from. One is the fair hearing (due process hearing) process. Government, and schools, too, (because YOU give them the money by accepting their budget!) have vast financial resources to transform hearings into major trial-like proceedings. Since there is no accountability to taxpayers for the large sums spent in such legal adventures, officials have free rein to spend hundreds of thousands of dollars (HamiltonCounty TN v. Zachary Deal is a case, where the school district spent at least 2.8 million dollars on attorneys’ fees to fight parents of a child with autism), and you have no say in it! You gave them a budget!

Aiding and abetting this practice is a network of attorneys who specialize in fighting citizens and parents. These attorneys are organized into a professional group which holds national conferences and training programs at the local level. School and government officials are invited to attend these conferences where they are tutored in the finer points of “aggressive action,” in the form of strategies to be used before a due process meeting or at the pre-hearing conference of a due process or fair hearing. There have been recent reports of a menacing new form of retaliation involving the fabrication of child abuse charges against the target parent. Such allegations can trigger an investigation by Child Protective Services which has police-like powers. Pending the outcome of their investigation, they may choose to remove children from the home. Level III is so serious that most people need an attorney to protect themselves.

Therefore, it’s extremely important to nip retaliation and coercion in the bud; to tell government, police, and schools they have their power and authority because YOU allow it…YOU give it to them and YOU can take it back.

But as you can see in the patterns of retaliation and coercion, the longer you let it go, the more difficult it is to get rid of. It’s like any disease: you neglect it and it’s going to kill you!

Only YOU can put a stop to retaliation in the community. The Coeymans Police Department, certain members of the RCS CSD Board of Education, certain members of the RCS teachers association, and the village idiots that they recruit to do their dirty work are all agents of retaliation and coercion. Those people are interested in hanging on to their criminal power and will retaliate and coerce to keep that power. You know who they are and it’s time you stand up, speak up, and fight back. We’re providing you with the information and the tools to do just that! Fight Back! Take back your freedoms, your peace of mind, your lives! 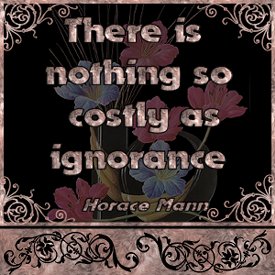 Stop Being Pushed Around!

Here are some useful links:

A strong community represents the residents in the trenches and not the interests of the people in power”.

When our educational leaders ignore input from the community, the programs they push are destined to fail.

← Retaliation Is A CRIME! Let’s Go After the Criminals!
This Is Your Town, Coeymans! Do you like it? →

One response to “Retaliation is a Crime: Part II”